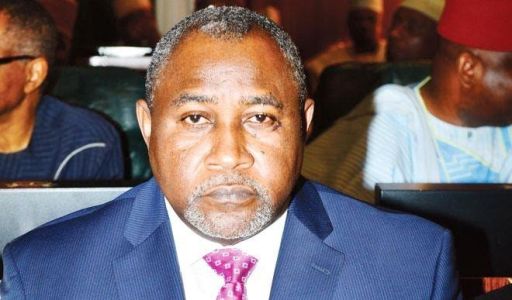 Nigeria’s Minister of State for Labour and Productivity, James Ocholi, is dead.
He died in a road accident along the Kaduna-Abuja highway on Sunday afternoon,
Mr. Ocholi, a Senior Advocate of Nigeria from Kogi state, and his son died on the spot of the accident.
Those familiar with the incident said his driver and wife were in critical condition at Doka clinic several kilometres from Kaduna.
A witness, whose car was behind the minister’s when the accident occurred, said the minister’s car had a burst tyre before somersaulting several times.
Contacted, the Minister of Information and Culture, Lai Mohammed, said he was away in Lagos and was trying to confirm the incident.
But a spokesperson to President Muhammadu Buhari, said the presidency had been briefed of the tragedy.
“We are trying to issue a statement on the matter,” the Senior Special Assistant to the President on Media and Publicity, Garba Shehu, said.
Advertisements
ames Ocholi