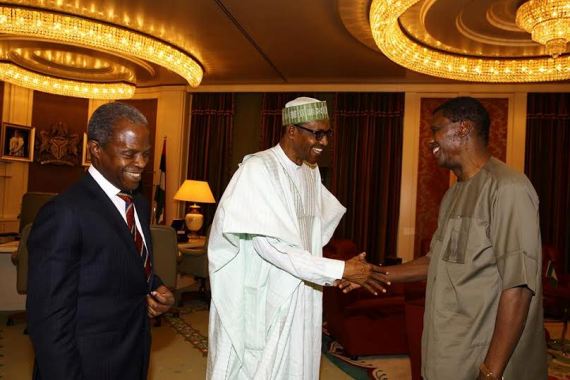 President Buhari received the General Overseer of the Redeemed Christian Church of God, Pastor E.A. Adeboye, at the state house today February 16th. He also met with Vice President Yemi Osinbajo who is a pastor in his church. See more photos after the cut..
The General Overseer of the Redeemed Christian Church of God (RCCG), Pastor E.A. Adeboye on Tuesday visited President Muhammadu Buhari at the Presidential Villa, Abuja.
He was led to the President’s office by Vice President Yemi Osinbajo.
Adeboye spent about 15 minutes with the President before leaving the Villa.
When journalists approached him to know the purpose of his visit, he raised up his hand and said “God bless you.”
Most of the journalists responded with a resounding “Amen.”
Few minutes after he departed, the Ooni of Ife, Adeyeye Ogunwusi, also arrived at the State House to see the President.
.. 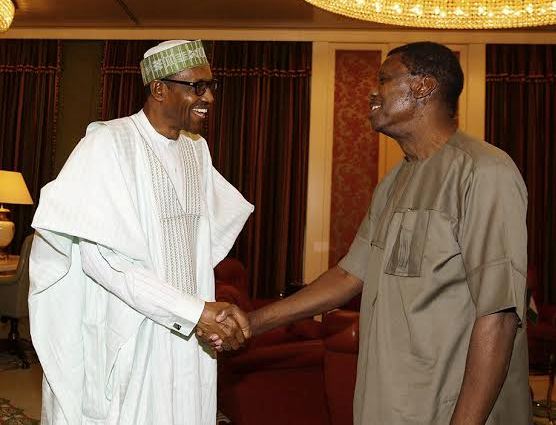 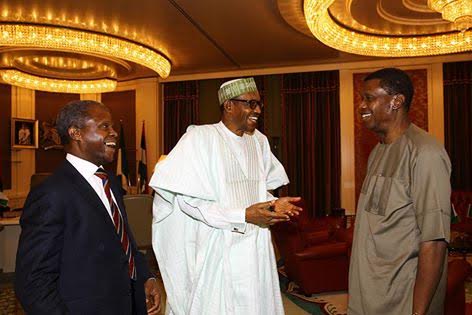