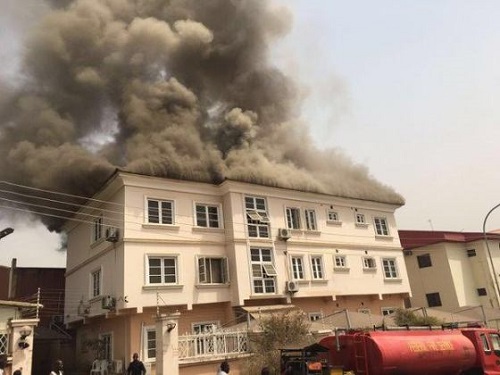 The Office of the Subsidy Reinvestment and Empowerment Programme was on Friday gutted by fire.The office located on Emeka Anyaoku Road in Area 11, Abuja, is a two-storey building that served as one of the Abuja offices of the agency. It was gathered that the fire started on the second floor of the building and extended to the roof when people of the area mobilised water tanker to put out the fire.The cause of the fire had yet to be known as of the time of filing this report. When contacted, the Spokesperson, Federal Fire Service, Elechi Collins, said the agency had no record of any fire incident at SURE-P.
Since the assumption of office of the current administration, the office had not been functional as it used to during the administration of former President Goodluck Jonathan.
A former official of the agency told our correspondent that the paucity of funds was a major factor for the non-functionality of the office.
There are insinuations that the office may have been set on fire in order to cover up some transactions that might not have gone through due process.   SURE-P was set up in January 2012 following the controversy that trailed the partial removal of fuel subsidy.The government had in a bid to alleviate the suffering of Nigerians following the removal of fuel subsidy said the savings from the removal would be efficiently managed in the area of safety nets.
In order to maximise the oil wealth of Nigeria, the country saw the emergence of a fiscal formula for the sharing of the national petroleum products subsidy savings.
A total sum of N180bn was allocated yearly to the fund leading to a total sum of N720bn between January 2012 and December 2015.The Centre for Social Justice had in a report raised the alarm that the fund was not transparently managed..This building is one of the scams that was used to steal Nigeria’s money some years back. The SURE-P office in Area 11, Emeka Anyaouku road, Abuja went up in flames on Friday. Fire service men were called in and they did their best to put off the fire. More photos… 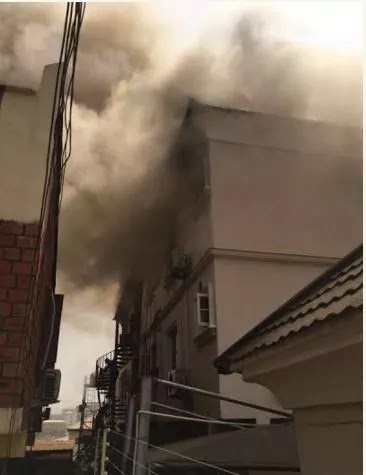 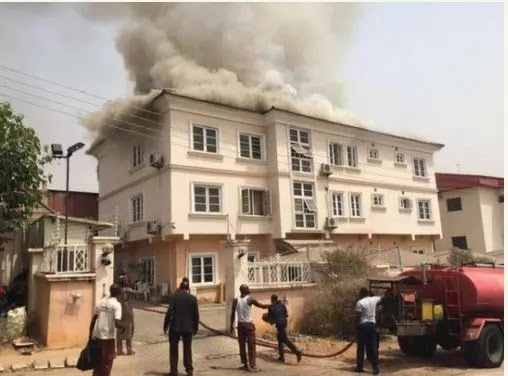