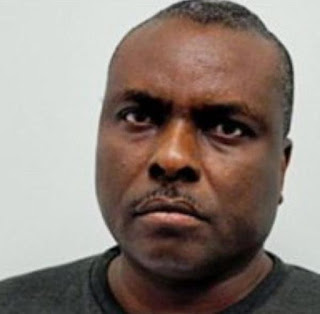 Below is a press statement from Ibori’s media office…

Chief James Onanaefe Ibori’s  defence lawyers shocked the Southwark Court, London on Wednesday 10th February 2016, when they adduced evidence before Judge Tomlinson of a conspiracy between Nigeria and Britain to railroad Ibori and his associates into jail.

Mr. Tony Eluemunor, Head of Ibori Media Office, said in a press statement that that evidence was the highlight of Wednesday’s court proceedings which was delayed for hours because the London Metropolitan Police and the Crown Prosecution Service, suddenly turned lukewarm and refused to appear in court for the day’s hearing.   A thoroughly disappointed Judge Tomlinson refused to adjourn hearing to another day but issued an order by 12.30 pm that the Prosecution should be in court by 2pm as the matter at hand, professional misconduct, dishonesty, perverting the course of justice and criminal non-disclosures, lying to the trial court and Court of Appeal, were serious and urgent.  This time, the hunters have become the hunted and Ibori’s defence team were the accusers while Ibori’s erstwhile accusers and prosecutors were the accused.
Pointedly, two prosecutors; Sasha Wass and Esther Schutzer-Weissmann were not only at the end of finger-pointing, and have been dismissed from the Ibori case, their activities are now being challenged in court for grounds on which to upturn all the convictions – Ibori’s and his associates’. In fact, all the prosecution lawyers plus the entire police officers that have represented the British Police have been dismissed from the Iboir case and all other cases stemming from it – following allegations of corruption against them; lies and deliberate misleading of the court.
Yet, the worst charge so far against the British prosecution came when the court resumed by 2 pm as counsel to Ibori’s  former lawyer, Badresh Gohil, dropped the bombshell.  The Counsel, Mr. Kamish, stunned the court when he revealed a sinister conspiracy between Nigeria and Britain to railroad Ibori and associates into jail. He backed this up by pointing at a document signed by British and Nigerian governments agreeing that the Department for International Development will be paid 25 million Pounds Sterling from monies that will be confiscated from Ibori, before any penny is ever remitted to Nigeria. With that document in place, that Department became so aggressive as to start paying the salaries of some police investigators on the Ibori case, especially that of Dectective Constable, John McDonald.
Wednesday’s hearing was at the request of Ibori’s lawyers for the prosecution to explain their non-compliance with court orders made to ensure fair as opposed to unfair trial. Mr. Kenneth Talbot represented Ibori while Kamish stood for Gohil.
The case was adjourned to 8th March 2016, to enable the Prosecution appoint new counsels as the old ones that have handled the Ibori case since the beginning have now been tainted and dropped and may be facing investigations of corruption and legal perversity.
Signed:
Tony Eluemunor