Good Morning Linda, I’ve been receiving calls and messages all morning concerning your post and i just want to clear the air.

My name is Nemi Elfreda Lolo Sekibo, 26 years old with a degree in BA Economics and Msc in International Business. I lost my dad on the 18th of November 2013, my parents separated when i was 4, when my dad passed my mum was asked to move back into his house according to tradition.

I was against it but she eventually did because she wanted to honour my dad, before he died he had a woman living in his house as his care taker from when he fell ill years back, she also has a child for my father who is my older brother named James Sekibo, we attended the same secondary school everyone thought we were from the same parents, thats how close we were.

My mum got married to my dad in her early twenties at the time my dad already had 3 kids from 3 different women she didn’t know about and as she found out she gathered them and brought them back to my dads house and took care of them as her own. Few years later they separated and thats when James mum came and had James and when she found out my parents were getting back together she ran away and left James for my mum and dad to take care of. James is 30 this year, he was born in 1986 but only knew his mum in 2003,  all the while she left him to be taken care of by different women, my mum was the one who made my dad change him from the school he was in,  to Jephthah Comprehensive Secondary School and at the time it was the best school in Port Harcourt.

He is my senior with 4 years but he was only a year ahead of me in secondary school, right now at 30 he cannot boast of a first degree certificate, even when my mum tried to get him to do lessons at showers to help gain admission into a university in Ghana, he was collecting money from my dad but he was not attending lessons so they reported to my mum and my mum told my dad, I believe that’s where the hatred started from.

Before my Dad died his mum had been trying to persuade my Dad to marry her, but my Dad refused because she had 5 different boys from 5 different men, even the last boy she had she tried to pin it on my Dad but we found his real father, in fact she gave her fourth son to this man, and then tried to give this mans real son to my Dad, but we found out, her fourth sons fathers name is Eze, and the last son is for another Okirika man. Long story short, my mother single handedly buried my Dad with the help of the Federal Government because of the position he held at the time.

My fathers relatives, my brother James and his mother, from the first day my Dad died had already started planning on how to sell my Dads properties to share amongst themselves. They stole my Dads documents from his Clinic while my mum and I were still in the village mourning his death, this was just a day after they had put him in the ground.

I didn’t conspire with anyone concerning any of my Dads documents, my sisters and I were not even allowed to be present for any meetings because they said we were women. These are fabricated allegations attempting to tarnish my image thinking it would affect my Mum and I, because she has refused to let them have their way, as long as we are concerned My Dads property is for his immediate family but James wants it for himself, his mother  and his bastard siblings.

I’ve never had to do this before and I don’t wish this on anyone, my Dad was a very good and humble man and even though he had his flaws with women, he doesn’t deserve this. Linda this case is already in court and my mum and I have a restraining order from the court against the EFCC. 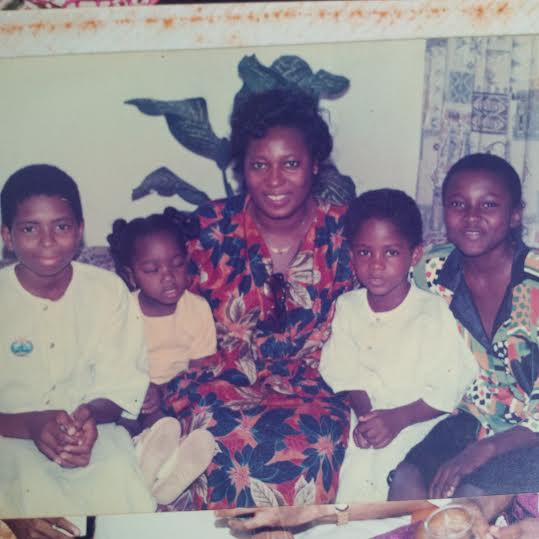 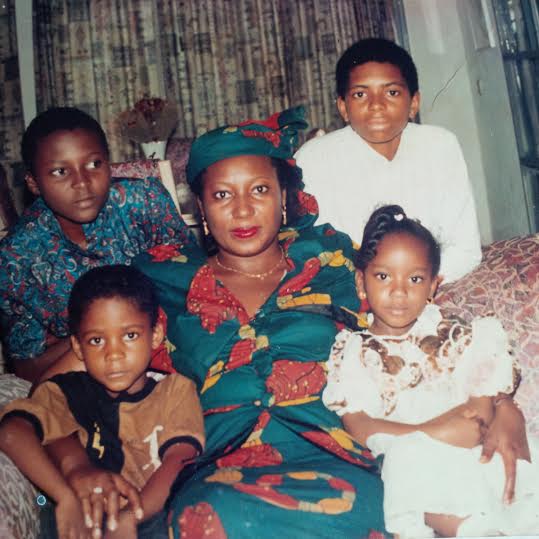 My mum and all of us again
This is a pic of my mum and dad in SA, this was the first time he was walking in days after he collapsed. I was the one who took the picture, it was just three of us in SA together, while James and his Mum were in his house in PH
I was the only one who flew with him to SA with an air ambulance and my mum came 2 days after cause her visa wasn’t ready on time
EFCC this morning took to their Facebook page to declare this very pretty lady named Elfreda Sekibo wanted for conspiracy and forgery. See what they wrote after the cut…
Elfreda Sekibo