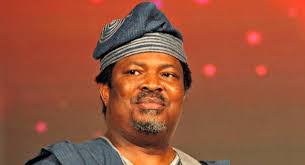 There were indications that the Publisher of ThisDay Newspaper, Mr. Nduka Obaigbena, has returned the sum of N350m to the Economic and Financial Crimes Commission.

A top operative of the commission, who confided in our correspondent on Wednesday, said Obaigbena returned the money to the commission on Tuesday.

The operative said Obaigbena was expected to pay an outstanding N200m next week.

The Special Task Force of the EFCC, investigating the issue of arms procurement under the Goodluck Jonathan administration, had quizzed Obaigbena on January 29, 2016 for allegedly receiving N670m from the immediate past National Security Adviser, Col. Sambo Dasuki (retd.).

The commission released him after 24 hours after he had agreed to sign an undertaking to make a refund of the money in two weeks.

The 14-day period of grace, given to the ThisDay Publisher to repay the money he collected from Dasuki’s office expires on Tuesday next week.

“The Publisher of ThisDay Newspaper, Mr. Nduka Obaigbena, has returned N350m out of the N670m he received from the ONSA,” the source in the anti-graft agency told one of our correspondents on Wednesday.

Obaigbena had admitted receiving N670m from the ONSA in a response to the EFCC last month.

He explained that N120m of the money was given to the Newspaper Proprietors’ Association of Nigeria as compensation for losses incurred during the military clampdown on newspaper houses in 2015.

Several media houses, which received the compensation, have returned the money.

Calls to the mobile of the Head of Media and Publicity of the EFCC, Mr. Wilson Uwujaren, to get his confirmation of the fund repayment did not connect on Wednesday.

Meanwhile, a former Chief of Defence Staff, Air Chief Marshal Alex Badeh, on Wednesday, appeared before a team of interrogators at the Abuja Headquarters of the EFCC.

His appearance was in connection with his alleged role in the purchase of arms for the armed forces engaged in the war against Boko Haram terrorists.

Badeh was said to have honoured the invitation in company with two of his unnamed associates and some aides at 10am.

The ex-CDS could not, however, be interrogated as scheduled as he was asked to leave and return to the commission on Monday.

It was learnt that the ex-CDS was ushered into a waiting room at the Tunde Idiagbon House, headquarters building of the commission, where he interacted briefly with officers of the anti-graft agency before he was excused.

An EFCC source, who asked not to be named because he was not authorised to speak to the media, explained that Badeh could not be quizzed because the commission was still “busy with some senior serving officers of the Nigerian Air Force, who have been answering questions since last week.”

The source said the former CDS was left to go after “a brief chat”, which lasted a few minutes.

Badeh is expected to make clarifications on allegations bordering on improper procurement of weapons and sundry other alleged financial irregularities with respect to the handling of finances in the military during his tenure as the CDS.

Also, the Acting Chairman of the EFCC, Mr. Ibrahim Magu, said on Wednesday that the agency could not afford to fail in its anti-corruption duties.

Magu explained that the agency could not fail because there was a strong political will in the country today to fight corruption.

He added that the commission now enjoyed the backing it needed to successfully prosecute corrupt persons and was not prepared to fail.

Magu spoke in Abuja when the House of Representatives Committee on Financial Crimes visited the site of the agency’s headquarters project.

Members of the committee were led on the oversight visit by the Chairman, Mr. Kayode Oladele.

Magu was responding to a specific question on how the EFCC was prosecuting its anti-corruption war.

He said, “What you need is a very strong political will in fighting corruption and you can see that everybody is supporting us.

“So, I tell my boys that you have no reason to fail this time round.

“Even though there are a lot of things outstanding, we will go ahead and intensify the fight.”

The committee members assured the commission that adequate funding would be secured for the completion of the project to enhance the work of the agency.

They noted that the commission paid about N200m as rent annually, which should stop with the completion of the permanent office building.

Oladele stated, “We understand and know what we are going to expect when the issue of budget defence comes up next week.

“Right now, we are discussing the 2016 budget and part of what we are going to review is the funding of the EFCC.

“We know that in the past few years, the commission has been bedevilled with paucity of funds.

“This has affected the operation and the effectiveness of the agency.”

Oladele also spoke on the amendment to the EFCC Act being carried out by the House.

He said the aim was to strengthen rather than to weaken the powers of the commission.

The lawmaker added, “For us in the National Assembly, what we are going to do is to also see how we can help in the fight against corruption.