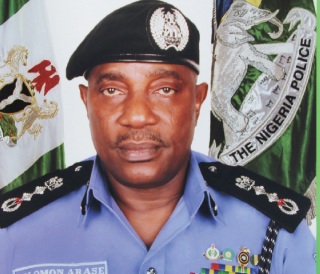 The Inspector General of Police, Solomon Arase, has warned policemen against treating human lives with levity, vowing to prosecute any officer who kills innocent citizens.
Mr. Arase gave the warning in separate meetings with stakeholders and policemen in Ekiti and Ondo States on Friday.
“I want to say this that life is sacrosanct and any police taking innocent life will be charged to court for prosecution,” he said.
Speaking on the perennial conflict between farmers and cattle rearers, Mr. Arase stated that most of the herdsmen were not Nigerians who gained entrance into the country due to border porosity.
He urged the farmers to be careful and take caution in dealing with them.
He also said efforts were being made to reduce cases of kidnapping to the barest minimum.
“We are making several strategic approaches to reducing kidnapping in the country and I urge the public to divulge information on any suspicious person because the kidnappers live within us,” he said.
According to him, he was making improved welfare of the policemen a cardinal objective, as only a well motivated police force would protect the citizenry.
“I believe that if we want to change police for the better, we need to cater for men of rank and file because they are the ones at major difficult terrains,” he said.
“Within the eight months under my leadership, I have given scholarship to 325 children of these personnel.
“Also, about 36,000 of inspectors and of rank and file have been promoted under my watch.”
Mr. Arase also said 400 units of two bedroom flats built for rank and file would be commissioned in March.
He added that the expected police recruitment was delayed because of financial constraints, saying training, welfare and salaries required a lot of money.
He also called on men and officers of the Nigeria Police Force to ensure that due respect was accorded security stakeholders for effective policing.
The IGP stated that the number of police personnel in the state could not cater for security demands of citizens without the support of all concerned security stakeholders.
” I do advise our officers and men to respect the traditional rulers, religious leaders, transport workers and other groups to enable them do their job professionally,” he said.
“They should communicate with them well so that they can get useful information to curb crimes in the society.”
He admonished members of public to give timely and useful information to the police to beat crimes to the barest minimum in the state and Nigeria at large.