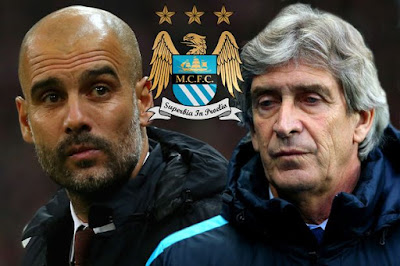 Manchester City have confirmed that Pep Guardiola will take over this summer to replace Manuel Pellegrini, who will leave on 30 June, 2016. Today being the transfer deadline day, City announced  the news at the end of Guardiola’s press conference. They released a statement today which read:

“Manchester City can confirm that in recent weeks it has commenced and finalized contractual negotiations with Pep Guardiola to become MCFC Head Coach for the 2016/17 EPL season onwards.

“The contract is for three years. These negotiations were a re-commencement of discussions that were curtailed in 2012.

“Out of respect for Manuel Pellegrini and the players, the Club wishes to make its decision public to remove the unnecessary burden of speculation.

“Manuel, who is fully supportive of the decision to make this communication, is entirely focused on achieving his targets for the season ahead and retains the respect and commitment of all involved with the leadership of the Club.”