Advertisements
The Independent National Electoral Commission on Monday turned around its before assertion that the Kogi-Central senatorial rerun decision was uncertain.

The discretionary commission, which on Sunday, proclaimed the race as uncertain, said on Monday, that the candidate of the Peoples Democratic Party, Alhaji Ahmed Ogembe, won the election. 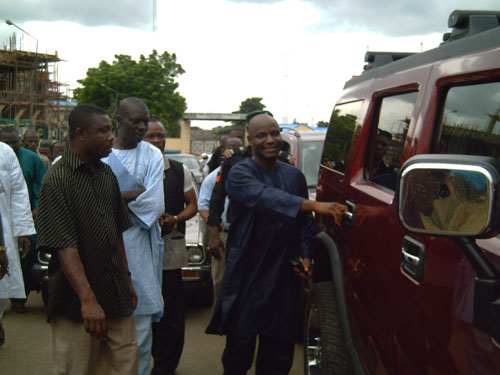 INEC Returning Officer, Prof. Rotimi Ajayi, on Monday, at Okene, the base camp of the senatorial locale, said the directing officers accountable for the ranges that were at first crossed out, had duplicates of the outcomes that were said to have been annihilated by gangsters amid the decision.

He expressed that INEC authorities later utilized the duplicates with the directing officers to figure the last results, prompting the development of Ogembe as the victor.

He expressed that Ogembe got 46,503 votes to beat the hopeful of the Peoples Progressive Alliance, Senator Nurudeen Abatemi, who scored an aggregate of 32,169 votes while the Social Democratic Party applicant, Dr. Wokili Moses, got 10,064 votes to come third.

Ajayi said all the substantial votes cast were 89,214 while 1,368 votes were rejected. He pronounced Ogembe the champ of the race.

It will be reviewed that the Returning Officer of INEC, Mr. Salihu James, had said on Sunday that Ogembe scored 45,468 votes while Abatemi scored 31,163 votes and Wakili got 9,962 votes.

He along these lines pronounced the rerun uncertain after the cancelation of results in a few zones over asserted discretionary acts of neglect.

In the interim, Ogembe has guaranteed the general population of the locale of his dedication to add to the region.

He said he would campaign the Federal Government towards patching up the Ajaokuta Steel Rolling Mill, which he said had been deserted following the previous 30 years.

Talking with writers at the INEC office in Okene, Ogembe, who is the officeholder Chairman of Okene Local Government Council, said he knew the fundamental needs of his voting demographic and would take care of them.

He lauded the general population of Kogi-Central and INEC for what he depicted as a free and reasonable decision, saying his triumph mirrored a well known decision.