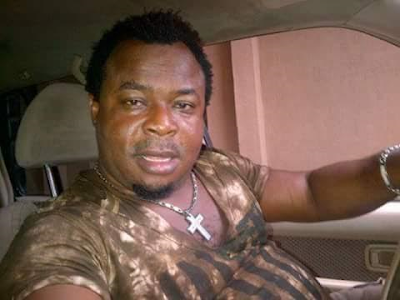 In preparation for the burial of late comedian turned actor, Peter Onwuzurike Onyehidelam popularly known as Dede One Day, members of the Actors Guild of Nigeria (AGN) have scheduled Friday, February 12, for the candle night to honour the late thespian in Owerri, Imo state.
Billed to hold at Freedom Square in Owerri, the candle night will be hosted by the Imo state chapter of the Actors Guild of Nigeria.
Regreting the sudden death of the actor is the Chairman of AGN, Mr. Conac Umez who explained how friendly Dede One Day was with the Guild while alive. He went further to describe him as one actor whose role may not be replaced by another within a long period of time.
Promising to support the family, Conac assured them that the Guild will be at his country home after the candle night to offer the late popular comedian a befitting burial.
Dede One Day, who became popular for his ‘Laugh With Me’ work, passed on after battling with high blood pressure in the early morning of December 14, 2015, after performing at an event in Aba.
Dede who anchored a program for the Abia state’s Peoples Democratic Party Secretary, Mr. Charles Esonu in Aba later left there for Ugwunagbo for another event he was contracted to anchor, but he couldn’t conclude it.
He was rushed from the event to hospital over blood pressure related issue and later died. Fixed to be buried onSaturday, February 13 in his country home, Umuduruori Umuarusilam Umuagwuru Mbieri, Imo state, Dede One Day is survived by wife, children and family.