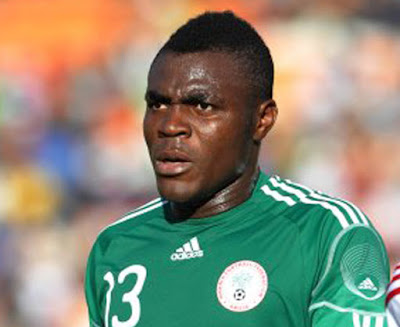 According to Sportinglife, former Super Eagles forward and

West Ham FC of England’s darting striker, Emmanuel Emenike has ruled out the possibility of returning to the Super Eagles, following the exit of the team’s former chief coach, Sunday Oliseh.

Emenike revealed to Sportinglife on Sunday night that he did not quit the Eagles because of any form of rift with the team’s former coach stressing: “I’m done with the Super Eagles, and I am making it clear again that I am not going back.”

According to Emenike: “It’s my decision and I am not going to reverse it, I am sorry if I have offended anybody regarding this but no Eagles return for me.

“Like I said, I didn’t quit because of anybody, it was a personal decision. Oliseh didn’t force me out of  the Super Eagles as it was reported, I dont need anybody to speak with me before I take a decision.  It was my decision and I won’t reverse it.

“I don’t have grudges with anybody but I want to focus on my career and play better for my team. Right now, I’m happy because I am playing my game and everything is working perfect. I can always wish Super Eagles well because I have been a fan for a long time.