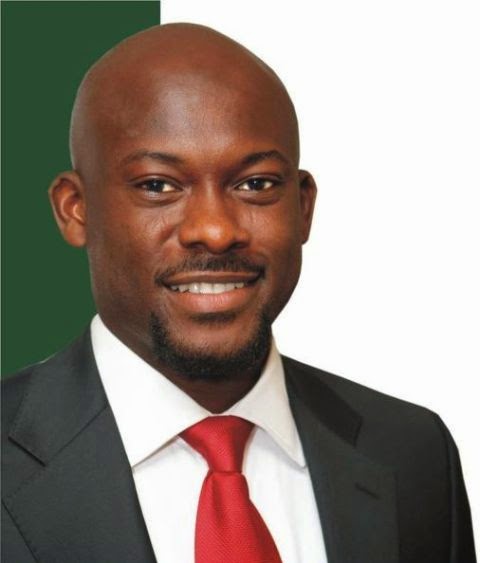 Gbolahan Obanikoro, a son of a former Minister of State for Defence, Senator Musiliu Obanikoro, says he never received stolen funds as alleged by authorities of the Economic and Financial Crimes Commission.
He added that he built a house in the United Kingdom, the United States and Nigeria without receiving stolen funds.
According to sources at the EFCC, Gbolahan and his brother, Babajide, are currently under investigation because a company, Sylvan McNamara Limited, which they once headed, allegedly received N4.75bn from the Central Bank of Nigeria Imprest Account of the National Security Adviser under Sambo Dasuki between June 6, 2014 and December, 12, 2015.
However, Gbolahan said in an online interview with our correspondent that the allegations were false.
When asked to respond to a report by Sahara Reporters that he bought a house in 2014 as soon as the funds were transferred to Sylvan McNamara, Gbolahan said, “And this house, according to Sahara Reporters, also is a hideout. It’s just silly. I bought a house in the United Kingdom in 2008.
“I built my house in Nigeria in 2010 and I opted to buy a house in the United States in 2014 during which period my wife had our third child. My focus for almost a decade has always been on business and the private sector and not politics.
“I have been working hard and I have been fortunate to run a successful business. So it is definitely not out of place for me, and it is most certainly not a crime to buy a house. I’m truly grateful to Almighty Allah for all he has bestowed on me and my family.”
The businessman also denied being a director in the said company. He said he worked at the company but had resigned by the time the money was allegedly transferred to the company’s bank account.
Gbolahan said, “I am not and was never a director of this company and neither am I a signatory to its account or any other account related to the entity. My involvement with this company ended as far back as 2013 before all these things happened and before my father was even appointed as a minister.
“So, any dealings that transpired after that did not involve me. The bank is available to confirm who the signatories to the account are, and the Corporate Affairs Commission is also available to confirm who the directors of the company are. I am positive the authorities, if they are investigating this matter, will discover this.”
The former minister’s son said he and his family had become victims of a media witch-hunt being spearheaded by Sahara Reporters.
He said his father had taken the media company to court and Nigerians would soon know the truth.
Gbolahan, however, expressed support for President Muhammadu Buhari’s anti-corruption crusade.
He said, “I have no problems with it at all. I believe it’s every Nigerian’s desire for corruption to be eradicated or at least significantly reduced. Steps have been taken in the past, steps will be taken now, and further steps will be taken even after President Buhari’s administration.”
Advertisements