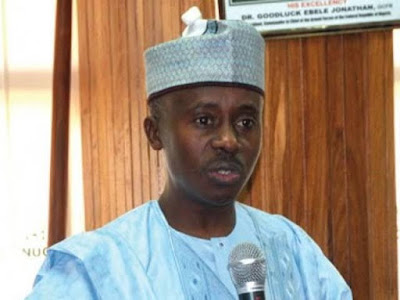 The Federal Government will tomorrow February 2nd reopen the trial of a former Chairman, House of Representatives Ad-hoc Committee on Fuel Subsidy, Farouk Lawan and its ex-Secretary, Boniface Emenalo for allegedly obtaining $620,000 bribe money from Femi Otedola, chairman of Forte Oil.The House of Representatives members were first arraigned on a seven-count charge before Justice Mudashiru Oniyangi of the High Court of the FCTin Maitama, Abuja on February 2, 2013.
They were accused of receiving the $620, 000 as bribe from Otedola so that they can exclude the names of Otedola’s companies, Zenon Petroleum and Gas as well as Synopsis Enterprises Limited, from the list of companies found to have allegedly defrauded the Federal Government of billions of naira in the petroleum subsidy scam, which their committee was created to investigate.