EFCC invitation Alex Badeh is set to honor it 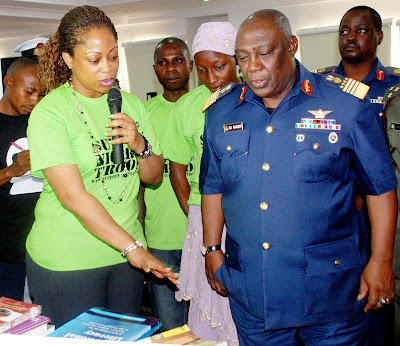 A usually reliable source close to the ex-CDS confided in our one of correspondents in Abuja, on Tuesday.

The source, who pleaded anonymity because he was not authorised to speak to the media, told one of our correspondents that Badeh received an invitation from the anti-graft agency on Monday.

He explained that upon receiving the invitation, Badeh instructed his close aides to make arrangements for him to honour the invitation on Wednesday (today).

Badeh is expected to appear before the anti-graft agency to shed light on the issue of arms procurement for the armed forces under his watch.

The source said, “The ex-CDS received the (EFCC) invitation yesterday (Monday) and he told us to prepare for him to appear before the commission tomorrow (Wednesday) morning in line with their request.

“He has kept a low profile since this thing started and he is ready to explain himself when he gets there.

“I believe he has nothing to hide, he worked with a team and will explain what he knows about what happened under his watch.

“It is a pity he has been subjected to a media trial before this opportunity to clear his name.”

Attempts to get an official reaction from the spokesperson for the EFCC, Mr. Wilson Uwujaren, were unsuccessful. Calls to his mobile telephone number did not connect.