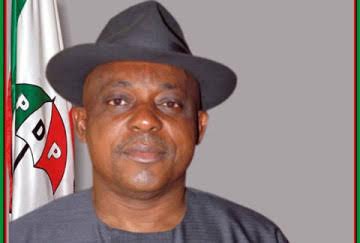 The Economic and Financial Crimes Commission, EFCC, has captured the immediate past acting chairman of the Peoples Democratic Party, Uche Secondus.

The party’s chief for new media, Adeyanju Ayodeji, said the EFCC charged Mr. Secondus of accepting transports illicitly, and requested he returned them.

Mr. Secondus’ residency as acting director of the gathering finished a week ago Monday, with the choice of Ali Modu Sheriff as the party’s new national chairman.

In an announcement by the party’s national lawful counselor, Victor Kwon, the PDP said mourned “the abusive and out of line medications against its key pioneers by the Federal Government”.

“The party alarms the country that the capture and confinement of its Deputy National Chairman, Prince Uche Secondus by the Economic and Financial Crimes Commission (EFCC) is a piece of the fabulous script by the APC-drove Federal Government to annihilate the restriction,” the party said.

The party said it was additionally mindful of arrangements to “capture and keep the Deputy Senate President, Senator Ike Ekweremadu, Senate Minority Leader, Senator Godswill Akpabio and different pioneers of the party on fanciful charges”.

“Without a doubt, knowledge accessible to the  party its different organizations, is keen on decimating any restriction to the decision party as all signs demonstrate that the legislature is more inspired by mortifying the PDP than battling defilement.

“At last, we express this war on the PDP and its pioneers has without a doubt gone too far. It has now turned into a joke of equitable practice,”the party claimed.