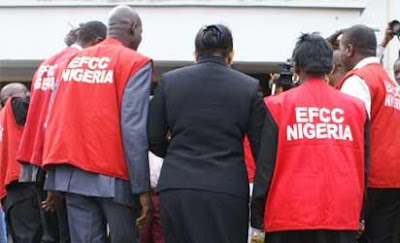 As the probe into the $2.1 billion arms deal continues, the Economic and Fi­nancial Crimes Com­mission (EFCC), over the weekend arrested a former Director of Mili­tary Intelligence (DMI), Ma­jor General Wiwa, younger brother to late Ken Saro Wiwa, former Ogoni human rights activist.
According to The Sun, General Wiwa who is currently the Deputy Commandant at the Armed Forces Resettlement Centre, Oshodi, has been transferred to Abuja, where he is being detained and will be questioned on his involvement in the misappropriation of the arms procurement fund.Wiwa served in the office of the National Security Adviser when late General Patrick Azazi served as NSA. He remained in office during Col. Sambo Dasuki’s tenure from where he was appointed Direc­tor of Military Intelligence when Lt. General Azubuike Ihejirika became the Chief of Army staff, a position he retained under the tenure of General Kenneth Minimah.