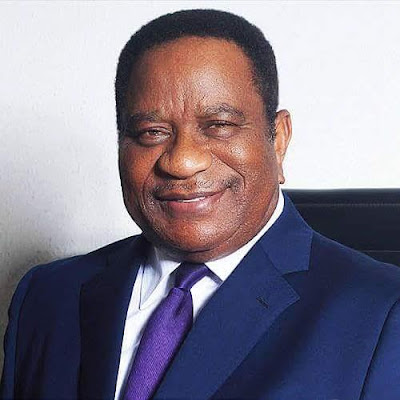 The
Economic and Financial Crimes Commission on Wednesday grilled Rear Admiral
Alison Madueke (retd.), for several hours at its head office in Abuja.
Madueke,
who is the husband of the immediate past Minister of Petroleum Resources,
Diezani, was said to have honoured an invitation by the commission.
The
interrogation of Madueke, one of our correspondents learnt, followed the
discovery of about $600,000 in his personal accounts.
He
was said to have been released on administrative bail while his passport was
seized by the anti-graft agency.
He
was also asked to return to the EFCC at a later date to answer more questions.
The
lawyer for the Madueke family, Mr. Oscar Onwudiwe, confirmed that the former
Chief of Naval Staff and the former Military Governor of Imo State was
grilled in connection with alleged money laundering following the screening of
his accounts.
There were conflicting reports on the amount in question last
night.
A source in the commission said: “We have interrogated Rear
Admiral Alison-Madueke as part of the ongoing probe of his wife, who is the
immediate past Minister of Petroleum Resources.
“After interacting with him, he was granted administrative bail.
But all his travelling documents are with us. Therefore, his movement has been
restricted to the country pending the conclusion of this investigation.
“Certainly, we will still have another round of interaction with
Madueke any moment from now.”
Responding to a question, the source added: “The ongoing
investigation of Diezani is extensive because of the sector she managed as a
minister.”
Another source added: “Based on intelligence sharing with investigators
in the UK, we interacted with Madueke and some business associates of the
ex-Minister.
“We will release the details as may be necessary for public
consumption because this investigation cuts across some countries.”
The National Crime Agency (NCA) had in October 2015 arrested Mrs
Alison-Madueke and four others.