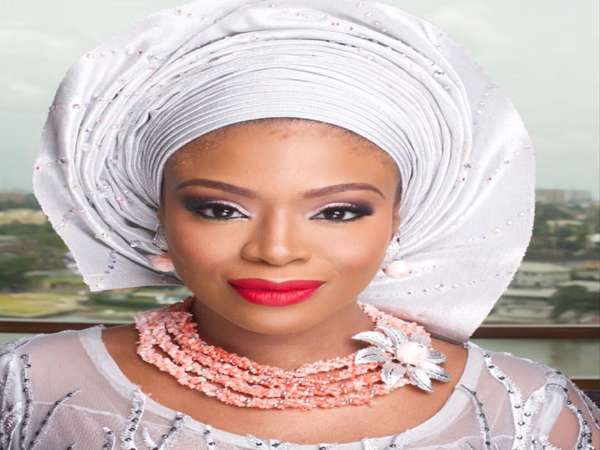 •Dolapo Oni
Screen diva, and real life princess, Dolapo Oni, seems to be enjoying life to the fullest as a newly married woman. Recently married to Prince Adegbite Sijuade; son of the late Ooni of Ife. Her new status seems to have made her a marriage counselor of sorts. Taking time out of her busy schedule as a talk show host and actress, she advised youngsters to decide what they want out of life when it comes to marriage, as it goes beyond age.
“You need to decide what you want to do in life because it’s one thing to decide what you want to do before you meet someone and you now suddenly decide what you want to do,” she said,
“I think as a woman you need to know yourself inside and out before you can complement another human being.”
As befits her entry into royalty, her traditional wedding which held in Lagos literally shut down the Lagos social circuit, an event in which even A-listers were gated. And the sultry talk show hostess recently acted her first movie, Diary of a Lagos Girl in which she played Bim. The movie chronicles the life of an acquisitive Lagos girl, and how meeting new friends changed her worldview.
Speaking on her role in the movie, she said, “I have acted in dramas, but the movie was all about having a story for an elongated period of time, although it wasn’t that different from shooting TV. Apart from that, from shooting to getting to the cinemas took a year. It was interesting to wait this long to finally see the work on the big screen. I am working on more movie projects, and TV series, as I also just finished shooting the second season of my own show so the sky is the limit in 2016.”