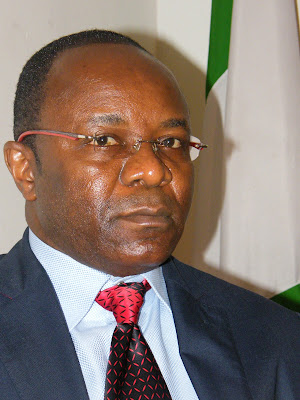 The Minister of State for Petroleum/Group Managing Director of the Nigerian National Petroleum Corporation, NNPC, Dr. Ibe. Kachikwu, yesterday appeared before the House of Representatives’ Ad-Hoc Committee set up to investigate the NNPC’s offshore processing and crude swap arrangement for the period from 2010 to date stating that the Federal Government did not pay any subsidy on petroleum products in January 2016.
He also said that the country would save $1 billion from the newly introduced  Direct-Sale-Direct-Purchase, DSDP, arrangement in Nigeria’s crude oil for products transaction which is supposed to start next monthHe explained that the DSDP was adopted to replace the Crude Oil Swap initiative and the Offshore Processing Arrangement in order to introduce and entrench transparency in the crude oil for product transaction by the corporation in line with global best practices.Kachikwu stated that the DSDP option eliminated all the cost elements of middlemen and gave the NNPC control of sale and purchase of  crude oil transaction with its partners, thereby saving one billion dollars for the Federal Government.He said:

“When I assumed duty as the Group Managing Director of NNPC, I met the Offshore Processing Arrangement (OPA) and like you know, there is always room for improvement.

“I and my team came up with the DSDP initiative with the aim of throwing open the bidding process. This initiative has brought transparency into the crude-for-product exchange matrix and it is in tandem with global best practices.”