Ex Vice-President Atiku Abubakar has negated assertions that he was behind the travails of a previous Attorney-General of the Federation and Minister of Justice, Mohammed Adoke (SAN), in the hands of the Economic and Financial Crimes Commission. 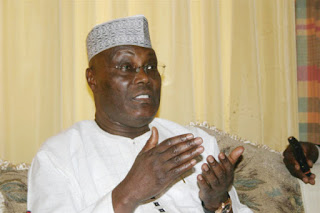 Atiku prompted Adoke and every one of those welcomed by the EFCC to go and clear their names with the counter unite organization as opposed to attempting to drag pure individuals into the brawl.

The previous Vice-President said this in Abuja on Tuesday, in an announcement by his media counselor, Paul Ibe.

Ibe said, “The previous Vice-President does not take part in the travails of the previous Attorney General and Minister of Justice.

“The Turaki Adamawa exhorts the recent Attorney-General and others so welcomed to concentrate on clearing their names as opposed to dragging guiltless individuals into the conflict.”

Adoke, had in a letter to Vice-President Yemi Osinbajo named previous Vice-President Atiku Abubakar as one of the general population behind his travails.

In the interim, there were signs on Tuesday that the Presidency opposed moves by some of those included in the $2bn Malabu oil arrangement to stop the EFCC’s examinations concerning the arrangement.