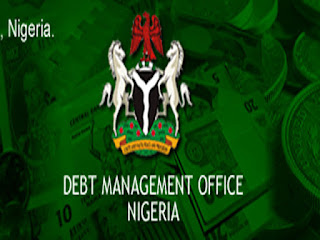 Nigeria’s debt burden rose by N1.31tn in one year, the Debt Management Office has said.

The domestic debt of the Federal Government, which is the biggest component of the debt burden, rose from N7.9tn as of December 31, 2014 to N8.84tn in the 12-month period.

With $1,207,900,597.65, Lagos remained the most externally indebted state of the federation as it held 35.84 per cent of the country’s subnational external debt.

For 2016, the Federal Government expects to borrow N984bn from domestic sources and N900bn from foreign sources to finance the capital component of the budget.

It will also set aside the sum of N113bn as a sinking fund towards the retirement of maturing loans, while N1.36tn has been provided for foreign and domestic debt service obligations.

Our correspondents reported that the Federal Government spent a total of N2.95tn to service domestic debts for a period of five years from 2010 to 2014.

While reacting to the development, the Director-General, West African Institute for Financial and Economic Management, Prof. Akpan Ekpo, told one of our correspondents in a telephone interview, “It is unfortunate that the last government incurred so much debt. It is not healthy for the economy because a lot of the money was not used for capital projects. They were borrowing to meet recurrent expenditure to finance the budget, which was very wrong.

“But we have sympathy for the new government because there is a deficit, which has to be financed. I suggest that to reduce the debt burden, we should reduce the debt service obligation of over N1tn. It is too high. We should then try and borrow externally from the African Development Bank or the World Bank because they have long repayment periods and concessionary terms. We should minimise borrowing domestically.

“Then going forward, we should be very careful. I don’t think the rising debt profile is good for the economy. And the money borrowed should be put into viable projects like infrastructure development.

“This new government is in a dilemma. There is a deficit and they have no choice; they have to borrow. Also if the looted funds are recovered, they should be used to reduce the deficit.”

Prof. Sheriffdeen Tella of the Department of Economics, Olabisi Onabanjo University, Ago Iwoye, Ogun State, said, “The debts were actually accumulated by the last government at a time when the economy was going down, pretending that we were still having some money as it were.

“This is not good for us. We should worry about it because of the situation now. It is more precarious for us to continue to accumulate debt. If the debt is long-term, it is okay; but it is likely going to be short and medium-term.”