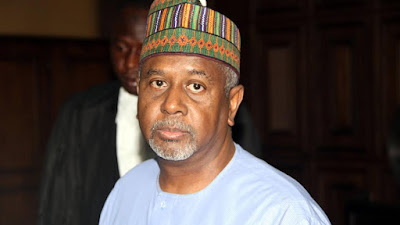 The resumed hearing of the N13bn fraud case against former NSA Sambo Dasuki and three others, was today adjourned to February 28th after Dasuki failed to show up early in court as he was still dressing up when the case was called for hearing. Counsel to EFCC, Rotimi Jacobs, told the judge, Justice Peter Affen, to adjourn the case as Dasuki could not arrive early to court because he was dressing up. He said his team failed to notify the DSS early enough that Dasuki was to appear in court. Dasuki was re-arrested in December after meeting his N500 million bail.