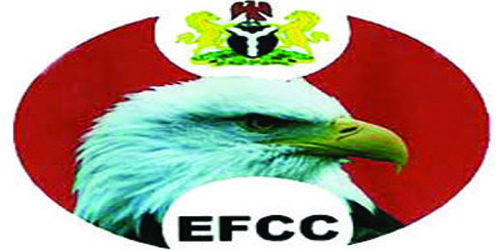 Uncertainty over ‘stolen’ $400m
There is the  £22.5m (N6.18billion) loot which the late Head of State, Gen. Sani Abacha, allegedly stashed away on the Island of Jersey?
This is the puzzle the Economic and Financial Crimes Commission (EFCC) is trying to resolve.
Besides, there is uncertainty over the whereabouts of over $400million Abacha loot on the Island.
The anti-graft agency may quiz a Senior Advocate of Nigeria, Mr. Damian Dodo, over the cash “any moment from now”.
Dodo, who spoke with our correspondent last night, said a UK-based lawyer, Erico Monfrini collaborated with a three-man Federal Government team —Dodo, ex-Attorney-General of the Federation Mr. Mohammed Bello Adoke (SAN) and EFCC’s ex- Secretary Mr. Emmanuel Akonmaye.
A source, who spoke in confidence, said: “We are probing the whereabouts of £22.5m (N6.18billion) loot of the late Head of State, Gen. Sani Abacha which was recovered from the Island of Jersey. The EFCC cannot locate where the money was remitted to.
“According to records, the late Head of State allegedly stashed the funds through a Lebanese called Bhojwani. But when the Office of the AGF was alerted by a whistleblower, the government of ex-President Goodluck Jonathan opened discussion with the Attorney-General of the Island of Jersey.
“The AG of the Island of Jersey cooperated fully with the government, leading to the repatriation of the £22.5m. We want to know where the money is; we need records from those involved.”
Replying  a question, the source added: “We are inviting Damian Dodo, who played a key role in securing the £22.5m (N6.18billion) loot for the Federal Government to give the details.”
The source said it was unclear if the Jonathan administration collected $400million Abacha loot also stashed on Jersey Island.
He said:  “There is also uncertainty about $400million Abacha loot on the Island.
“The government of Island of Jersey pledged to repatriate the stashed funds and even initiatted a process towards that. As I speak with you, no one can account for the $400million.
“What we have been hearing is that the Government of Island of Jersey was demanding a proportionate part of the funds. Again, there is uncertainty whether the loot was remitted or is diverted or still on the Island.
“This is why the EFCC team is stepping up investigation into Abacha loot on this tiny island.”
In a chat with our correspondent last night, Dodo said: “The EFCC was part of the negotiation for the repatriation of the £22.5m (N6.18billion) loot; it should just go through its records instead of calling for my head over nothing. The former Secretary of EFCC represented the commission at every stage of the recovery.
“The terms of agreement were clearly spelt out and the Federal Government provided the account in which the recovered funds should be paid. At inter-governmental level, the EFCC can ask the Federal Government to contact the Government of Island of Jersey for all transaction records.
“I have nothing to hide. No repatriation negotiation was done under the carpet at all. We did our best for this nation in recovering the looted funds. The Government of Island of Jersey  wanted the substantial part of the money and we said ‘no’. We said Nigeria needed the money more than the Island of Jersey.
“ It is just vendetta. I have nothing to hide. They have searched all my accounts in order to find out whether or not I transferred money to Adoke. They could not find anything against me. I think they are after the former AGF at all cost.
“The EFCC was involved from the beginning to the end, why can’t they check their records instead of scandalising me.”
On the $400m still stashed  on the Island of Jersey, Dodo said: “They should get in touch with the Government of Island of Jersey.”
At the opening ceremony of the 8th Edition of the National Seminar on Economic Crimes, which was held at the EFCC training school in Abuja, the ex-AGF alluded to the recovery but he did not give details.
He said: “Only recently, we negotiated the recovery and repatriation of the sum of £22.5m from the Island of Jersey, being the proceeds of money laundered from Nigeria.
“I wish to seize this opportunity to commend the Attorney-General of Jersey for the support and cooperation we received and urge other jurisdictions to also extend to us, the much needed cooperation to enable us repatriate stolen assets within their jurisdictions.
“Our experience has shown that despite international condemnation of corruption and money laundering, many jurisdictions where stolen assets to victim states or impose stringent conditions for its repatriation with attendant negative consequences on victim states.
“We also intend to vigorously pursue stolen assets and the confiscation of other instrumentalities of crime within the country by strengthening our confiscatory and forfeiture laws
Advertisements