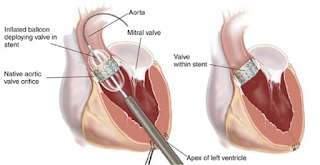 A team of medical doctors based in the United States of America, USA, under the auspices of Global Eagle Foundation, has performed open heart surgeries on five patients at St. Joseph’s Hospital, Adazi Nnukwu in Anaocha Local Government Area, Anambra State. The doctors were led by Dr Joe Nwiloh, an indigene of the state and the operation was carried out in partnership with the state government and the Catholic Diocese of Awka.

The hospital’s Heart Centre is named after Dr. Nwiloh, who attracted the project and was supported by the Anambra State Government. Of the five patients that were operated upon, four were adults, while one was a child. They were all said to be with failing hearts. The state Commissioner for Information, Culture and Tourism, Dr. Uju Nwogu said one of the patients was the first in the South East and South South zones of the country to undergo a coronary artery bypass surgery, adding that this was made possible by the sophisticated state-of-the-art monitoring equipment and mechanical support which the centre has for all heart-related ailments. According to her, the Adazi Nnukwu hospital has become very popular in the area of heart surgery as many people go there for routine checks and consultations. She called on Nigerians to avail themselves of the great life-saving opportunity available in Anambra State to treat their heart diseases and be healthy. Nwogu also called on philanthropic individuals and corporate organizations to contribute to the growth of the center by assisting in  acquiring  a cardiac catheterization laboratory to enable it complete its diagnostic capabilities