23,000 ghost workers and banks that connived with them will be handled over to EFCC———- Finance Minister 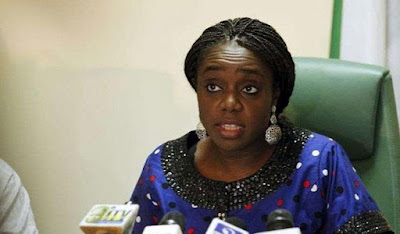 Minister of Finance, Kemi Adeosun told Senate Committee on Finance that the 23,000 ghost workers discovered in the Federal Civil Service would be handed over to EFCC.Adeosun, who made the revelation when she appeared before the committee, said banks that connived with the workers to pad the Federal government payroll are also going to be prosecuted. “We will not only sack them, we will ensure the recovery of the money they have been collecting over the years from the Federal government.” she said.