withdrawing $200k cash from his own acct -Rapper arrested at GA 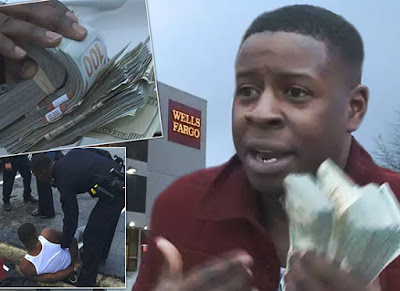 Talk about racial profiling! A rapper, Sam Benson, who goes by the name
“Blac Youngsta,” was stopped outside of a Wells Fargo bank in Atlanta
by police after he withdrew $200,000 cash from his own account on Friday
Jan. 8th.

He said when he came out of the bank, a police officer pointed at him. 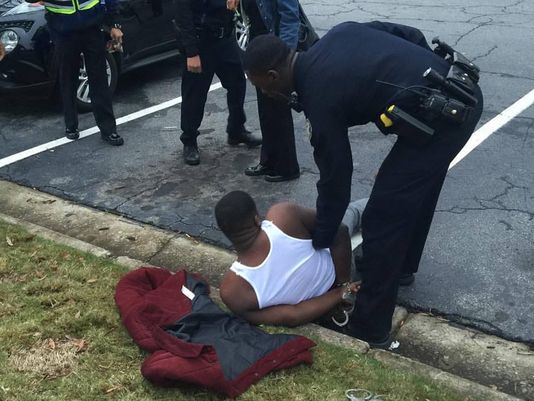 Sam said someone inside the bank had called the police after he made the
withdrawal. He said police told him that someone had written a bogus
check previously.

“They thought I did it too, but I’m legit. They confused me with whoever they were looking for.”

He said police initially took $100,000 of his cash, but later returned
the money to him and apologized. Sam said he had withdrawn the cash to
buy a Maybach, but after the incident at the bank, he said he was
thinking about buying a Ferrari instead. He said he had $1.3million in
his account.

When asked why he didn’t give the car company a check instead, Sam said
it’s always been his dream to walk into a car dealership with cash, drop
the cash on the table and point at the car he wanted.Declaimer: Opinion expressed in comments are those of the comment writers alone and does not reflect or represent Koko Level’s.