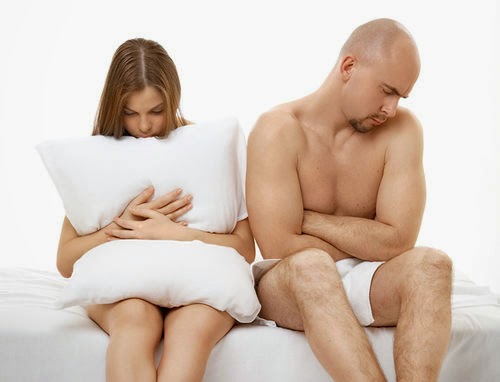 Before, infertility was defined as a
couple’s inability to achieve pregnancy after one year of unprotected
intercourse. But new guidelines by the American Society of Reproductive
Medicine, as discussed at a recent World Health Organisation expert
meeting, advises women and men over 35 years to seek fertility
evaluation if they fail to conceive after six months of trying.

An estimated 15 per cent of couples fail
this criterion and are considered infertile. The interesting thing is
that 35 per cent of the factors responsible for infertility are due to
female factors, 30 per cent for male, 20 per cent for both sexes while
15 per cent is due to unexplainable factors
Male infertility is usually caused by problems that affect either sperm production in the testes or sperm transport. Conditions in men that affect fertility are still generally under-diagnosed and undertreated due to lack of information and ignorance.

Low sperm count (oligospermia) is a leading cause of infertility or sub-fertility issues among men. While it requires only one sperm to fertilise the ovum, the odds of conception are such that it takes millions of sperm per millilitre of semen to actually achieve the goal of fertilisation.

A “normal” sperm count is about 20 million or more per millilitre of semen. Over 60 per cent of the sperm in each sample should exhibit normal morphology and indicate typical motility – the forward-swimming movement.

Oligospermia – or low sperm count is indicated in simple tests that reveal the concentration of sperm in a given sample quantity. In general, scientists and fertility doctors are noticing a drop in sperm count and motility, which makes it harder for couples to make babies. Other factors attributed to this include the following:

Anabolic steroids taken to stimulate muscle strength and growth can cause the testicles to shrink and sperm production to decrease. Use of cocaine or marijuana might reduce the number and quality of your sperm as well.

Certain occupations might be linked to a risk of infertility, including welding or those associated with prolonged sitting, such as truck driving. However, the data to support these associations are inconsistent.

Men who smoke might have a lower sperm count than those who don’t smoke.

Obesity can impair fertility in several ways, including directly impacting sperm and by causing hormone changes.

Bisphenol, BPA, a substance in plastics found in many household products, can lower sperm count and motility. A 2008 study in the journal Fertility and Sterility, showed that men with high concentrations of BPA in their urine also had low sperm counts. Food packaging is a major source of BPA which can seep into foods.

Scientists have also noted that farmers are exposed to pesticides that tend to lower their sperm count. The chemicals runoff gets into tap water and can disrupt hormonal processes.

During foetal development, one or both testicles sometimes fail to descend from the abdomen into the sac that normally contains them (scrotum).

Inherited disorders such as Klinefelter’s syndrome — in which a male is born with two X chromosomes and one Y chromosome instead of one X and one Y — cause abnormal development of the male reproductive organs. Other genetic syndromes associated with infertility include cystic fibrosis, Kallmann’s syndrome and Kartagener’s syndrome.

A digestive disorder caused by sensitivity to gluten, celiac disease can also cause male infertility. Fertility may improve after adopting a gluten-free diet.

Certain surgeries such as vasectomy, inguinal hernia repairs, scrotal or testicular surgeries, prostate surgeries, and large abdominal surgeries performed for testicular and rectal cancers might prevent you from having sperm in your ejaculate. In most cases, surgery can be performed to either reverse these blockages or to retrieve sperm directly from the epididymis and testicles.

Sperm production or function can be affected by overexposure to certain environmental elements, including:

Radiation or X-rays: Exposure to radiation can reduce sperm production. It can take several years for sperm production to return to normal. With high doses of radiation, sperm production can be permanently reduced. It is being reported that keeping mobile phones in the pocket near the upper thigh is extremely dangerous to sperm cell production and morphology.

Overheating the testicles: Elevated temperatures impair sperm production and function. Although studies are limited and are inconclusive, frequent use of saunas or hot tubs might temporarily impair sperm count.

Sitting for long periods, wearing tight clothing or working on a laptop computer for long stretches of time also might increase the temperature in your scrotum and slightly reduce sperm production.