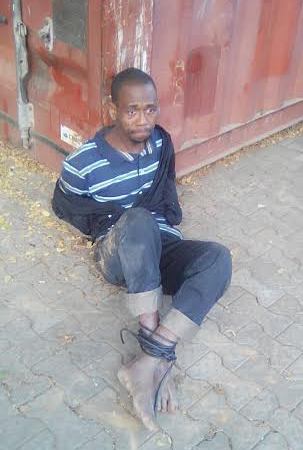 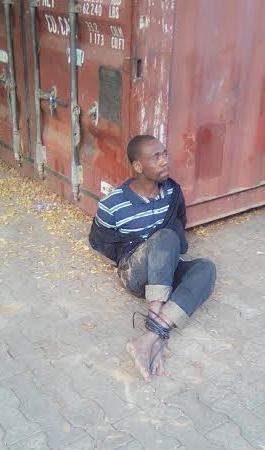 This alleged thief was caught burgling an office
in Abuja last night. The man and his group had allegedly attacked the
office several times to steal laptops and some
valuable office equipment, which had led to some staff being sacked for
carelessness. Fortunately, he was caught this time by office staff, who
kept him with them till this morning and handed him to the police. They
said the
painful part was that this guy claimed to be a graduate and he spoke
very good English. Sad! 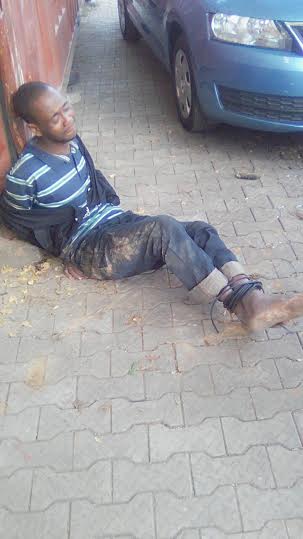