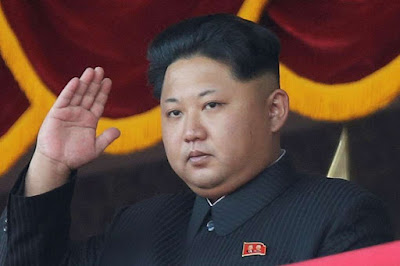 Following North Korea on Twitter is not a crime, a South
Korean court ruled Thursday.A 73-year-old South Korean man was accused
of distributing pro-North Korea propaganda after he followed the
country’s official account on the social network. Prosecutors alleged
the former journalist, identified only as Lee, was sympathizing with
North Korean leader Kim Jong-un’s communist kingdom — an illegal act
under South Korean law.
South Korea’s controversial National Security Law criminalizes
“anti-state” acts and forbids citizens from supporting the North in any
context. But because Lee didn’t retweet any posts, he was found not
guilty of sharing or distributing North Korean content and was
acquitted, The Guardian reports.

But even if his Twitter profile didn’t land him behind bars, his
personal blog did. The Korea Times reports Lee was sentenced him to a
year in jail anyway for praising the North on his blog years ago.

Human rights groups and other critics have pointed out that these South
Korean “security” measures are simply a way to censor citizens. The
National Security Law “continues to be used as a tool to attempt to
silence dissent, and to harass and arbitrarily prosecute individuals and
civil society organizations who are peacefully exercising their rights
to freedom of expression, opinion and association,” argued Amnesty
International in a 2012 report.

Tensions are running high again between North and South Korea.

South Korea recently blasted its popular K-pop music across the border into North Korea, where such fun is prohibited.