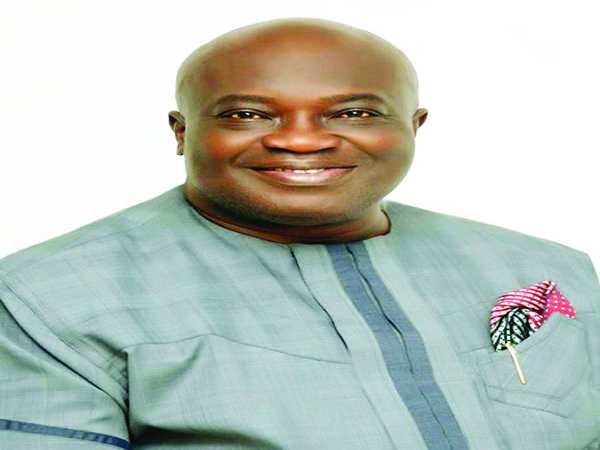 The Peoples Democratic Party has filed a
notice of appeal against the judgment of the Owerri Division of the
Court of Appeal, which sacked its governorship candidate in the April
11, 2015 election, Governor Okezie Ikpeazu of Abia State.

Also, Ikpeazu has asked the Court of
Appeal to immediately release a copy of its judgment to enable him to
file his appeal against it

The governor has also written to the Chairman of the Independent National Electoral Commission, Prof. Mahmood Yakubu, asking him to respect the constitution and not to do anything capable of tampering with his status as governor of Abia State.

The governor, in the letter written on his behalf by his lawyer, Chief Wole Olanipekun (SAN), said he remained the governor until his right to appeal up to the Supreme Court was exhausted.

The Justice Oyebisi Omoleye-led appeal court panel had, on December 31, 2015, sacked Ikpeazu and declared the Abia State’s governorship candidate of the All Progressive Grand Alliance in the April 11 and 25 elections, Dr. Alex Otti, as the winner of the poll.

Justice Omoleye had, in the judgment, ruled that contrary to the initial results released by INEC, Otti polled the highest valid votes of 164,332 as against 114,444 votes actually scored by Ikpeazu.

However, in its three-grounds notice of appeal, the PDP faulted the Court of Appeal judgment on the grounds that it “erred in law when they (Justices of the Court of Appeal) nullified the election of the 3rd respondent (Ikpeazu).”

On its second grounds of appeal, the PDP also argued that the appeal court was wrong to have declared “the 1st respondent (Otti) winner of the 11th and 25th April, 2015 Abia State governorship election on the grounds that he scored the majority lawful votes cast at the election.”

On its third grounds, the party maintained that “the Court of Appeal erred in Law when they (the Justices on the panel) neglected to apply the clear provisions of sections 49, 52(2), 138(2) and 155 of the Electoral Act, 2010 (as amended) but relied solely on Card Reader accreditation as the basis for holding that there was over-voting and therefore cancelled the election in Obingwa, Osisioma Ngwa and Isiala Ngwa LGAs in the 11th and 25th April, 2015 Abia State Governorship election.”

In urging the apex court to allow its appeal, set aside the judgment of the appeal court and uphold the judgment of the “trial tribunal affirming the declaration of the 3rd respondent (Ikpeazu) as winner of the election”, the PDP argued on grounds one that APGA and Otti failed to call “cogent and reliable evidence of witnesses in support of his claim or petition.”

The party added, “In instant case, where the 1st and 2nd respondents (Otti and APGA) sought for nullification of votes from Obingwa, Osisioma Ngwa and Isiala Ngwa North LGAs of Abia State in relation to matters or events that took place at the polling units, they must produce evidence of eyewitnesses, who saw it all on the days of elections well as tender primary unit results of documentary evidence in relation to the questioned Local Government Areas.”

On the second grounds of appeal, the PDP added, “The Court of Appeal found as a fact (as did the tribunal) that the State Returning Officer had no powers to cancel results in Obingwa, Osisioma Ngwa and Isiala Ngwa North LGAs.

“By the findings (in Paragraph iii) above, all the allegations of malpractice and non-compliance as basis of cancellation of results by the Returning Officer needed to be proved. No proof was offered and the Court of Appeal did not refer to any.”

In his letter with reference number WOC/LG/VOL.1/002/2016, and dated January 2, 2016, Ikpeazu said he was dissatisfied with the judgment of the Court of Appeal and had instructed his lawyer to file an appeal against same to the Supreme Court.

He reminded the commission that he had an unimpaired and unfettered constitutional right to appeal against the judgment of the appellate court to the Supreme Court, under and by virtue of Section 233(2)(e)(iv) of the Constitution of the Federal Republic of Nigeria 1999 (as amended).

Ikpeazu said he could have filed the appeal but for the refusal of the Court of Appeal to release to him the judgment which nullified his election.

The letter reads, ”We continue to act as counsel for His Excellency, Dr. Okezie Victor Ikpeazu, the Governor of Abia State (our client), and we have his instruction to write you on the above subject as follows:

“Arising from the foregoing, and bearing in mind the fact that INEC itself is a party to the processing as, and would also be a party to the appeal which would definitely be filed on behalf of our client immediately on receipt of the judgment of the court of appeal, may we urge INEC to resist any invitation by anybody or from any quarter to do anything that would work contrary to the clear and express provisions of both the constitution and electoral act in respect of the res of the appeal, particularly the position of the governor of Abia State, which our client occupies.

“Also, under Section 143(2) of the Electoral Act 2010 (as amended), our client has the statutory right to remain in office pending the expiration of the period within which an appeal shall be filed, assuming without conceding that he does not even want to lodge an appeal against the decision of the Court of Appeal. Upon filing his notice of appeal, our client is also constitutionally entitled to remain in office until the Supreme Court decides and pronounces on his appeal.

“That what is causing the delay against the filing of the notice and grounds of appeal against the judgment is the failure of the court to avail both our client and our humble selves of a copy of its judgment, even as of the time of writing this letter and despite demands.”

Meanwhile, counsel for the governor, Mr. Chibuike Nwokeukwu, has described the appellate court’s judgment as a rape of justice, which required further subjection to a legal test at the Supreme Court.

He said this at a media briefing on Monday in Umuahia after a meeting of elders of Ukwa and Ngwa political bloc at Osisioma Aba.

Nwokeukwu urged Abia people to disregard the rumour that the Court of Appeal had directed that Otti be sworn in on Tuesday.

He said Ikpeazu remained the state governor until proved otherwise by the apex court.

The convener of the meeting, Dr. Emmanuel Adaelu, said the politicians came together to air their grievances over the verdict of the Court of Appeal in Owerri last week.

Adaelu said, “We feel very distressed, embarrassed, highly annoyed and we feel that the judgment was a total deprivation of our fundamental human rights particularly when we found out that the reason given for declaring the opponent of the PDP candidate was that the election results were cancelled in Obingwa, the hometown of the governor, Osisioma and Isiala Ngwa North Local Government Areas.

“That is to say that he did not vote for himself. We feel very distressed because of this is a disenfranchisement of our people. We have never seen its parallel in the history of election verdicts.”

He noted that the Ukwa and Ngwa people, with nine out of the 17 LGAs, had a history of political deprivation in Abia, adding that the opportunity they had in producing Ikpeazu would not be frittered away.

Also, the former Senate President, Chief Adolphus Wabara, said the Ukwa and Ngwa people would fight for justice until the judgment against Ikpeazu was reversed.

Wabara wondered how over 300,000 registered voters could be disenfranchised against their wishes, calling on the National Judicial Council to look into the judgment and act accordingly.