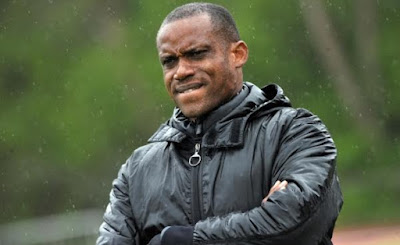 Super Eagles of Nigeria head coach Sunday Oliseh fresh from being knocked out of the African Nations Championship (CHAN) has revealed that players might reject future call ups to the squad due to their owed salaries. He said some players are already calling him to ask for their entitlements.The 2017 Africa Cup of Nations (AFCON) qualifiers is approaching and according to the one time Super Eagles captain, players might snub his calls.

“I only have one fear. It is that I just hope that the next time we send invitations out, that players won’t start refusing to play for Nigeria. That is something that is scary but it is real. We have to start thinking because we’re not going to work miracles anymore. I’m just afraid that if we don’t put our acts in order we might invite players for the next qualifications and may be some players (might not come); I’m afraid. Already I’m getting phone calls from them, you they’re still asking what they’re being owed.”