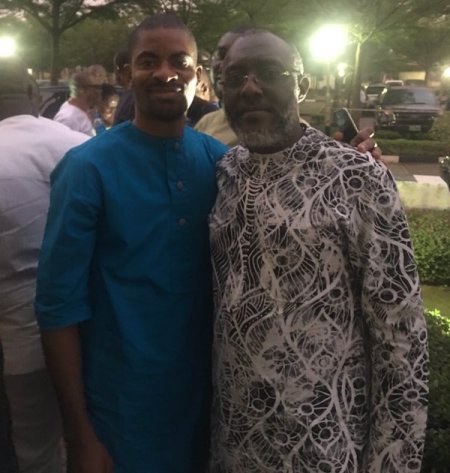 Olisa Metuh has finally been released from Kuje Prison after meeting his bail conditions. He was let go about 30 minutes ago. He’s pictured above with PDP New Media director Deji Adeyanju after his release. See another photo after the cut..

The National Publicity Secretary of the Peoples Democratic Party, Chief Olisa Metuh, was finally released from Kuje Prison after fulfilling the bail conditions imposed on him by a Federal High Court in Abuja on January 19.
Metuh was released from prison after 13 days of remand in custody with respect to the charges of fraudulent receipt of N400m from the Office of the National Security Adviser in 2014 and money laundering involving separate $2m cash transaction.
The charges were preferred against him and his company, Destra Investments Limited.
He was released from prison on Thursday evening after the trial judge, Justice Okon Abang, signed his release warrant, upon being satisfied with the verification of the details of the two sureties provided by the accused and the title documents of the property owned by the sureties.
The verification exercise was done by the Chief Registrar of the court and it also involved the prosecuting counsel, Mr. Sylvanus Tahir, whom the judge directed must verify the residential addresses of the two sureties.
A court official confirmed to our correspondent that Metuh met the bail conditions and presented the necessary documents before the official close of work in court on Thursday.
Metuh’s journey to freedom was made easier by a ruling of the trial judge, Justice Okon Abang, varying the bail conditions on Wednesday. 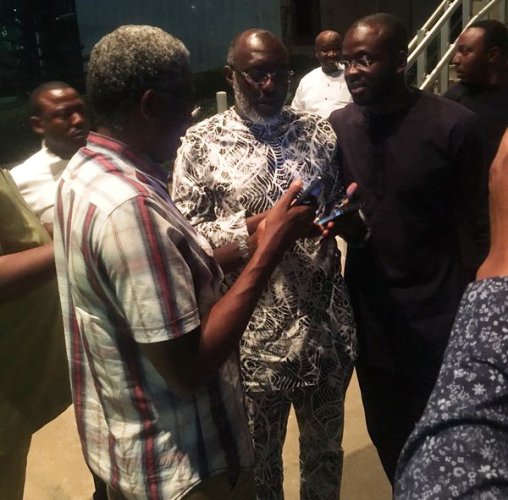