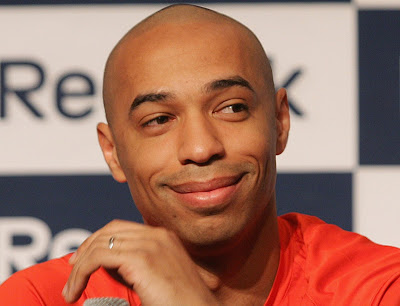 The former Arsenal striker thinks that Manchester United coach Louis Van Gaal is failing to infuse his ideas to his players and that he is struggling so hard to keep up with his job. He says the coach doesn’t know what he is doing anymore so the best thing for Man U to do is let him go and hire Mourinho. In his Sunday column of The Sun UK, he wrote:

“I know a lot of United fans and all they talk about is how poorly their team are playing, “It’s not about results any more. Even when they win, the issue is still how awful the football is. They don’t enjoy watching their team any more. They are bored”,

“No one can question Van Gaal’s pedigree as a coach. But he has failed to get his message across at United and the players don’t know what is expected of them. He doesn’t appear to know his best team or even his best formation.”

“The club are crying out for success and Mourinho guarantees that, in spite of everything that happened at Chelsea this season,” Henry continued. “He is still an amazing coach and United have got to do something because it is simply not working for Van Gaal” he said.

United currently sits in fifth position in the Premier League, following a woeful  run of results through December.