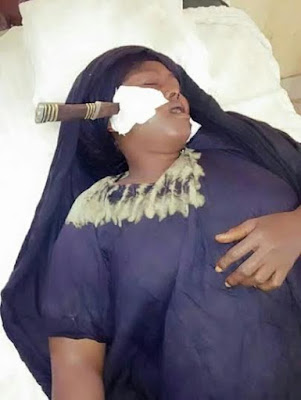 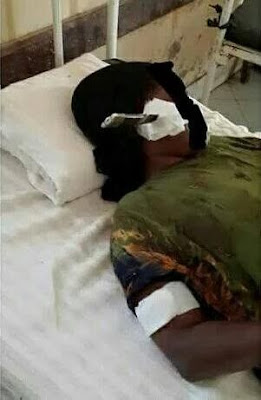 Fatima Ibrahim was allegedly attacked with a knife by her husband in
Khorof
Harar, Kenya. According to Modern Kenyan Corps, the knife is still stuck
to her cheek because Doctors at Wajir County hospital are still trying
to figure out a safe way to remove the knife without causing more
damage…