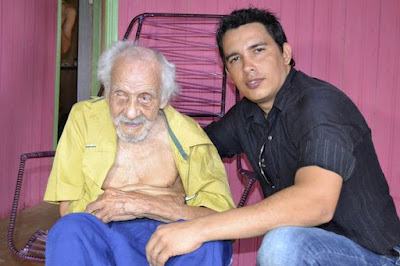 Civil servants in Brazil say they have discovered the world’s oldest man
– a 131-year-old dad-of-three living with a wife 69 years his junior.
The Guinness Book of Records recognises 112-year-old Yasutaro Koide from
Japan as the oldest person alive.

And Frenchwoman Jeanne Calment, who died aged 122 in 1997, holds the record for the world’s longest living person.
Social security workers in Acre in the north of Brazil today caused
furore by publishing photos of OAP Joao Coelho de Souza alongside a
birth certificate dated March 10 1884.
The document showed he was born in the city of Meruoca in Ceara nearly 2,000 miles to the east of Acre. 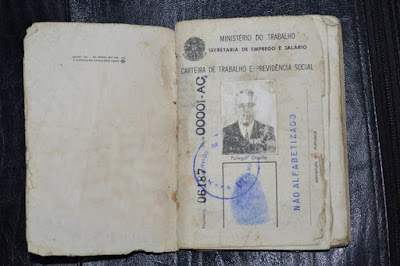 A colleague of a civil servant who made a routine visit to confirm he
was still alive and therefore eligible for his pension posted the
information on his Facebook .
He called on the state government to confirm the find and register Joao for the Guinness Book of Records.
Brazilian papers today said he lived with a wife aged 62 and a
granddaughter aged 16 in a village called Estirao do Alcantara, a
30-minute boat ride away from Sena Madureira, a municipality in the
centre of the state of Acre.
His daughter Cirlene Souza, aged only 30 which would mean if his age was
right that Joao was 101 when she was born, told one paper: “He has days
when he is lucid but others when he doesn’t even recognise his
children.

“He was very small when he came to work in Acre extracting rubber. “He
has been with my mum for more than 40 years and depends on others for
everything.” 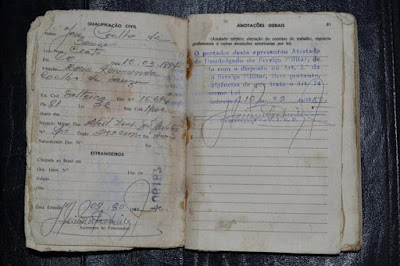 Responding to doubts about her dad’s age, she added:

“You hear everything, people that criticise and say it’s a lie and others that admire the fact someone can live so long.

“It’s sometimes offends me because everything is documented and the
documents have already been examined by experts at to see if they’d been
falsified and nothing abnormal was found.”

Cirlene said Joao suffered a stroke six years ago but continued to eat three times a day.
His favourite dishes are rice, fish and meat and the only thing he turns
his nose up at is a local bean-based dish called feijao.
Kennedy Afonso is the social security worker who posted photos of Joao
and his birth certificate taken by a colleague on his Facebook on
January 11.
He said:

“I’ve asked one of his children if anyone’s interviewed him and to my
astonishment no-one has yet. “The question ‘where are our historians’
immediately springs to mind. “According to a son he is still quite lucid
and has a great story to tell.

“I present to you Jose Coelho de Souza, who came to Acre when he was 11.

“I appeal to the state government and the local government in Sena
Madureira to determine with the competent bodies whether this is true so
they can claim a place in the Guinness Book of Records for the oldest
man on the Earth. And he’s from our region.”