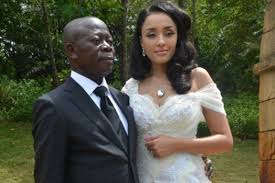 Edo State Governor, Adams Oshiomhole, on Wednesday said there was nothing wrong in bringing the National Publicity Secretary of the Peoples Democratic Party, Olisa Metuh, to court in handcuffs.

The governor stated this in Benin when he met with the new leadership of the Nigeria Union of Journalists, Edo State chapter.

He described the outcry against the handcuffing of Metuh as uncalled for, saying lesser criminals were given worse treatments in the country.

The governor said, “If those accused of lesser crimes are handcuffed and paraded by the police and got no sympathy from the public, Mr. Metuh and others accused of diverting huge public funds, should not have sympathy.”

Oshiomhole said the media should not allow President Muhammadu Buhari to be harassed into silence by those who looted the country’s treasury.

“I want to appeal to the media to join President Buhari in fighting the anti-corruption war because if we don’t, and we allow these people to harass the President into silence, all of us are in trouble.

“I saw some headlines querying why should Metuh be in handcuffs? If people who steal goats, ‘grass cutters’ are in handcuffs; I have been to the police station several times and I see young men who stole not more than N500,000 in handcuffs. They are paraded and made to sit on the floor. Why should a certain set of criminals be treated as if they are not suspected criminals for serious crimes at that?

“When you all reported lavishly how under the former president, the former defence chief set up a military tribunal to try soldiers who ran away from the battlefield and they were condemned to death, it was only Femi Falana who was consistent in fighting their case.

“Those were Nigerians who were to be killed for running away because they couldn’t confront the Boko Haram sect that was well armed while they were asked to go and fight with their bare hands and we were told that weapons, ammunition and everything had been provided,” he said.

He urged Nigerians not to celebrate criminals ‘when we all can feel the amount of the consequences of their rascality on our collective wellbeing’, adding that President Buhari ought to be supported in the fight against corruption.

The Chairman, Edo NUJ, Roland Osakue, in his earlier remarks, urged the governor to immortalise three deceased members of the union.