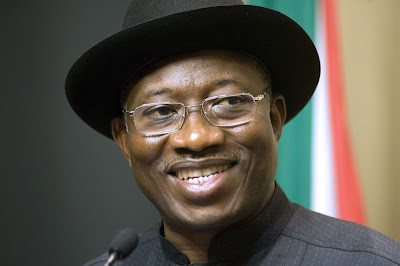 Former Nigerian President, Goodluck Jonathan has been awarded the
African Sun Times’ International Person of the Year 2015. The organizers
of the award said Jonathan was picked for his role in ensuring a
peaceful transition in Nigeria.

“The award was given to Dr. Goodluck Jonathan who shocked the whole
world by swiftly calling current Nigerian President Muhammadu Buhari and
conceding his defeat in the March 29 Nigerian presidential election,
thereby stopping the predictions of violent bloodshed in Nigeria, and
keeping his words that he would not allow the blood of a Nigerian to be
shed to further his political ambitions.