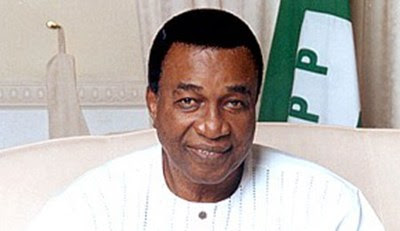 In a statement yesterday, the APC South-East Caucus spokesperson, Osita
Okechukwu said the defection of former governor of old Anambra State,
Jim Nwobodo’s into the party is a plan to protect himself the long arm
of the law, following his alleged involvement in the $2.1 billion arms
deals probe by the Economic Financial Crime Commission, EFCC.

According to him, Nwobodo and his soul mates connived with the PDP
stalwarts in utilizing the money from Dasukigate to allocate 14,175
votes to President Muhammadu Buhari, which amounted to less than three
percent of the over 15 million votes garnered by the President.

Vanguard
Declaimer: Opinion expressed in comments are those of the comment writers alone and does not reflect or represent Koko Level’s.