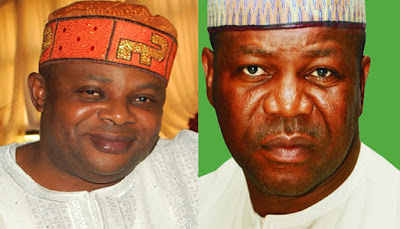 The political climate in Kogi state appears to be far from being
stable as officials of the Department of State Security today invited
the former deputy candidate to late Prince Audu Abubakar, James Faleke
‎for questioning.
According to a report by vanguard , the invitation according to sources is a
security measure by the DSS to checkmate any possible breakdown of law
and order during the January 27th
inauguration of the governor-elect of the state Yahaya Bello.
Faleke
lost the APC ticket in the state governorship supplementary election to
Yahaya following the death of Prince Audu Abubakar. Faleke and his
supporters has consistently kicked against this position and has dragged
INEC before a High Court for accepting his replacement by his party.
Also invited to the DSS office is the son of late Prince Audu Abubakar, Mohammed Audu.