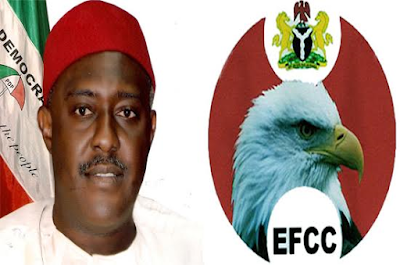 The Federal government through the Economic and Financial Crimes
Commission, EFCC, has filed a seven-count charge against the National
Publicity Secretary of the Peoples Democratic Party (PDP), Olisa Metuh.
Metuh who was arrested on January 5th, has been in EFCC detention for
collecting N400 million from the office of former National Security
Adviser, Sambo Dasuki. The charge, which was filed before a Federal High
Court in Abuja today, has, however not been assigned to any judge.