David Cameron; ‘Black people would serve prison than at a top university 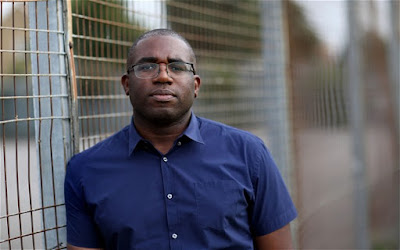 Universities will be forced by law to disclose what proportion of ethnic minority applicants get places, David Cameron has announced as part of a concerted Government anti-discrimination drive.

The Prime Minister said the transparency rules should prompt institutions such as Oxford to work harder to broaden their intake and warned the police, the courts and the armed forces they also had to act.
Education chiefs have been summoned to Downing Street on Monday for talks with Business Secretary Sajid Javid to discuss why young black men are more likely to be in prison than studying at a top university.
It comes as Mr Cameron has hired a leading black Labour MP to investigate whether the police and court system is racially biased.
David Lammy will lead a sweeping review into why black people are more likely to be in prison than at a top university, and why black criminals are given harsher sentences than white offenders.
Mr Lammy’s review is expected to report on his findings and recommend reforms to the Ministry of Justice in the spring of next year. 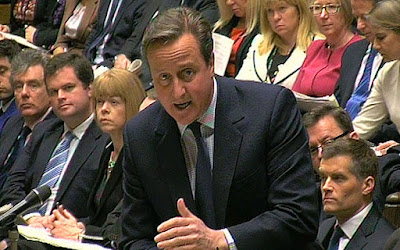 “Only one in 10 of the poorest white boys go into higher education at all.

“There are no black generals in our armed forces and just 4 per cent of chief executives in the FTSE 100 are from ethnic minorities.

“What does this say about modern Britain? Are these just the symptoms of class divisions or a lack of equal opportunity? Or is it something worse – something more ingrained, institutional and insidious?”

The UK had come a long way, he added, “but there is much more to do, and these examples I mention should shame our country and jolt us to action”.

“I don’t care whether it’s overt, unconscious or institutional – we’ve got to stamp it out,” he added, warning it would otherwise only “feed those who preach a message of grievance and victimhood”.

Mr Cameron rejected what he called “politically correct, contrived and unfair solutions” such as quotas but said it was “striking” that Oxford’s 2014 intake of more than 2,500 included only 27 black students.

“I know the reasons are complex, including poor schooling, but I worry that the university I was so proud to attend is not doing enough to attract talent from across our country,” he said.

The new rules will require routine publication of data on applicants, broken down by course, gender, ethnicity and socio-economic background.
His intervention is likely to further fuel protests by some students at Oxford over the refusal to remove a statue of British colonialist Cecil Rhodes from the front of Oriel college they say represents racism and oppression.
Mr Cameron said public institutions needed to “dig deeper”, warning he also intended action to eradicate “the stubborn problem of under-representation in our police and armed forces”.

“It’s not enough to simply say you are open to all. Ask yourselves: are you going that extra mile to really show people that yours can be a place for everyone, regardless of background?”

Mr Lammy, who wrote a book on the 2011 riots that were sparked by the killing of a black man by the police in his Tottenham constituency, has been tasked with rooting out the causes of “disgraceful” gulfs in sentencing treatment.

“It’s disgraceful that if you’re black, it seems you’re more likely to be sentenced to custody for a crime than if you’re white,” the PM said.

“We should investigate why this is and how we can end this possible discrimination. That’s why I have asked David Lammy MP to lead a review of the over-representation of BME communities in the criminal justice system.

“And this will include possible sentencing and prosecutorial disparity