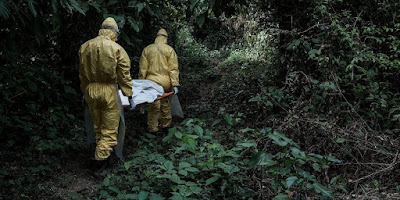 The outbreak of Lassa fever in Nigeria has spread to Port Harcourt, the
Rivers state capital where a nursing mother and her two-week-old baby
have been confirmed to have died of the deadly viral disease. This comes
after the Taraba state government last week confirmed the outbreak of
the disease in their state.

Rivers State Commissioner for Health, Dr. Theophilus Odagme, while confirming the death of the mother and child said

“First incident happened between December 30, 2015, and January 1, to a
mother and later to her two weeks old child. Yesterday, at about 10:00
pm, I received a call that a mother and child died in a hospital
following similar and serious fever which killed them and was suspected
to be Lassa fever. After series of test conducted on them, it was
confirmed they died of the disease.”.

He said that contact tracing had begun and sensitisation of health care
providers was ongoing to address the disease.

Precautionary measures to avert being infected include ensuring a clean,
rodent-free environment, putting food in rodent proof containers and
wearing protections such as masks, gloves, gowns among others.