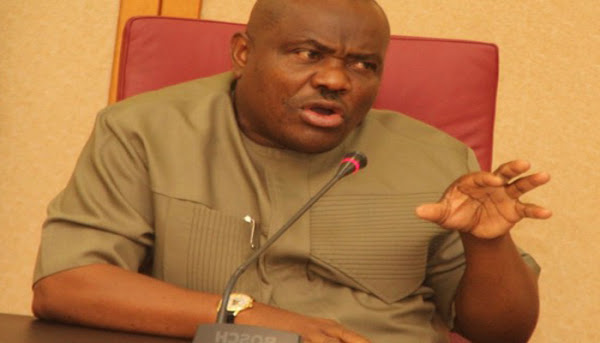 Rivers State Governor has warned that the state would resist any move by the Federal Government to manipulate the coming National Assembly re-run election in the state with soldiers and policemen.
Governor Nyesom Wike gave the warning, yesterday, when his supporters received him at the Port Harcourt International Airport.The governor who said that his silence should not be mistaken for weakness, assured all members of the party in the National Assembly whose elections were nullified would be returned in the re-run election.

Describing the nullification of his election by the Appeal Court  as a temporary set back, Wike enjoined his supporters to remain peaceful, directing that campaigns should commence at the various units and wards of the party.

He said that he was confident of emerging victorious at the end of the day, adding that he had instructed his lawyers to challenge the verdict of the Appeal Court at the Supreme Court.
“I want to warn, let nobody attempt to do what happened in Bayelsa State here. Since they said they have annulled the election, let them come and conduct fresh election. Let nobody think that they can use soldiers and policemen to intimidate us. We will resist any such attempt. We have maintained our cool for a long time.  Our calmness should not be mistaken for weakness.

“We shall return all our National Assembly members as a way of disgracing those who think they will snatch the mandate of the people.

KWAM1 shares cute photos with his daughter and his wife

Photographs: Toyin Saraki and her child, Oluwaseni join The Obamas, Usher, others at White House tribute to Ray Charles

Femi Fani-Kayode;- Private Individuals And Companies gave me money not from $2.1B Arms money