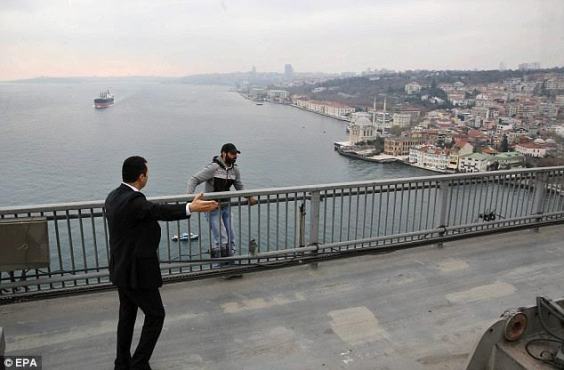 The president of Turkey, Recep Tayip Erdogan was passing through the 211ft Bosphorus bridge which links Europe with Asia after Friday
prayers on Christmas day when he spotted a man attempting to jump off
the bridge. He stopped his motorcade to talk to the man whom police had
been trying to talk to for two hours. See the photos after the cut… 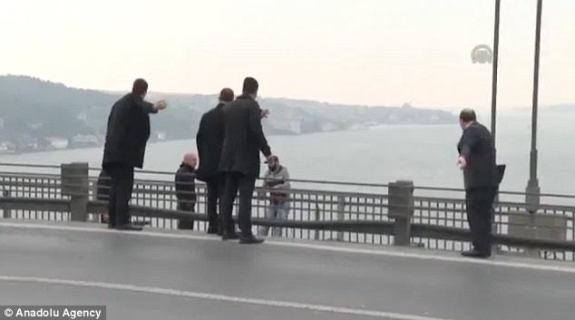 Footage showed Erdogan’s
bodyguards bringing the sobbing man, who appeared to be in his early
30s, to talk to the President through the window of his car. After a few
moments, the man could then be seen kissing Erdogan’s hand before being
escorted to safety. 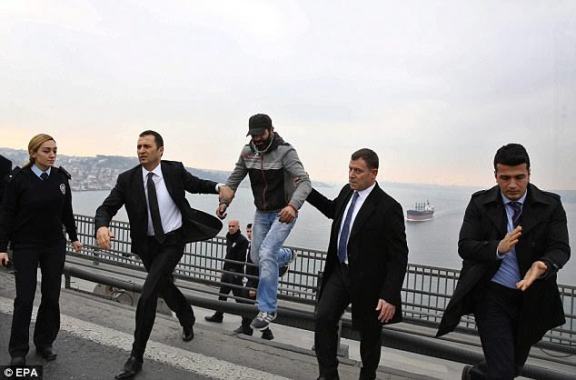 Police had allegedly been trying for almost two hours to talk the man out of committing suicide.
He was said to have abandoned his car on the bridge and climbed over the side railing due to long-standing depression.
The man is as yet unidentified. 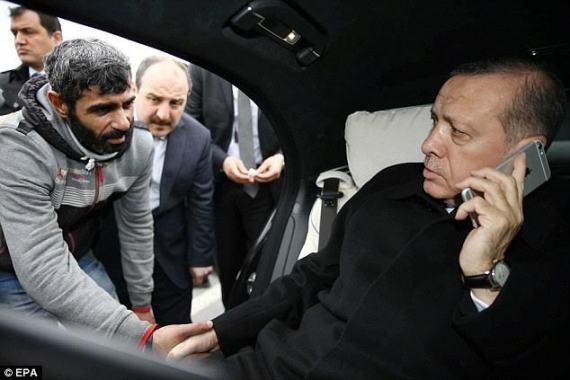