Abdullah ah-Zaher became the youngest person given the death sentence, according to campaigners Reprieve.

Campaigners claim Abdullah ah-Zaher, who attended the protest when he
was 15 years was put on death row as part of a crackdown on political
dissent.

The now 19-year-old has been moved to solitary confinement and could be beheaded at any moment. Despite possible repercussions, his family have gone public with his story, in a final bid to save his life. 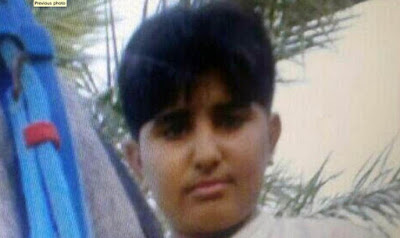 “Please help me save my son from the imminent threat of death. He
doesn’t deserve to die just because he participated in a protest rally.

His father has said his health is deteriorating and when he attended this protest at the age of 15, he wasn’t even fully aware what they were protesting for.

His family and lawyers believe he was forced to sign a document without knowing its contents, and which later was used as a “confession” in the closed trial against him.

Saudi government-aligned media outlets have been carrying reports in the past couple of weeks suggesting a mass execution of 52 prisoners is due to take place imminently.

Snoop Dogg Calls Out Kanye For Twitter Rant Against Drake

Tiger Woods speaks on DUI arrest: What happened was an unexpected reaction to prescribed medications

3 ex-Police officers accused in George Floyd’s death, Judge sets bail at $750,000 on each