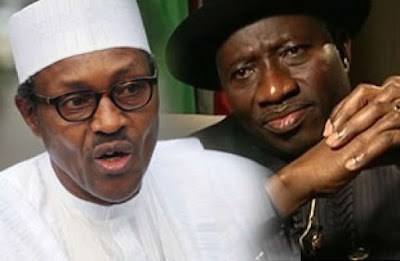 President Muhammadu Buhari, in an interview he granted the Hausa Service of the British Broadcasting Corporation has accused the pastadministration led by Goodluck Jonathan of provoking soldiers to go into mutiny for sending them to battlefields without arms and ammunition. The President
said;
“We investigated and discovered how funds that werepencilled down for arms procurement were diverted and shared by government officials who served the last administration.
“The government at that time sent the soldiers to the battlefield without arms and ammunition to prosecute the war. That was what led some of them to mutiny. They were arrested and detained because of this.”
Speaking on the December deadline given to the Nigerian Army to win the war against Boko Haram, Buhari said;
“If people are going to be fair to us, they themselves know that the Army is winning the war. You can no longer find any huge number of Boko Haram members in Adamawa and Yobe; only may be, in about three local governments of Borno in the area around our borders with Chad Republic. They are no longer in position to threaten the country, so we have won,” he added.

He also spoke about the arrest and ongoing prosecution of arms scandal suspects. Buhari said the government would use documents that were already in its possession to prove to the courts that the suspects stole and their ill-gotten wealth would be confiscated and they would be jailed.