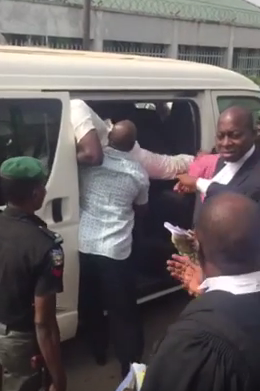 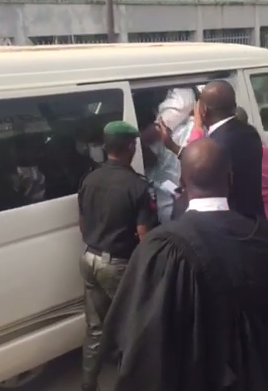 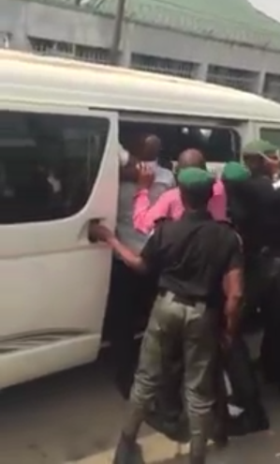 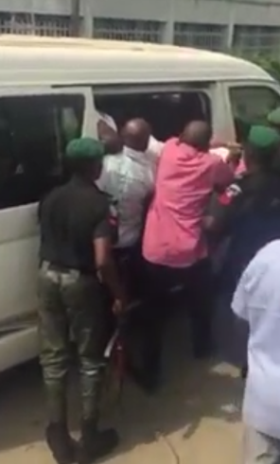 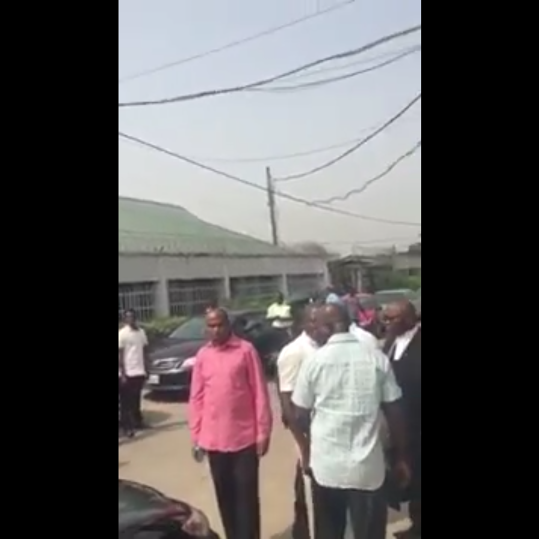 According to PM News, the embattled former Director General of NIMASA
who has been arraigned before two different courts of the federal high
court on charges of stealing and conversion of money running into
billions of Naira, was just coming from a court presided over by justice
Ibrahim Buba, where one the cases was adjourned till 18th January, 2016
for trial and was about to enter his car outside the court when he was
accosted by two EFCC operatives and two armed mobile policemen.

They requested for him to follow them and when he refused, they dragged him into their waiting bus‎.

The
former NIMASA boss had earlier been arraigned with three other accused
persons and three companies over an alleged stealing and conversion of
N2,659,457,666.00.

In
a twenty-two count criminal charge number FHC/L/511C/15 signed and
filed before the court by the EFCC prosecutor Barrister Festus Keyamo,
it was alleged that Patrick Ziadeke Akpobolokemi, Captain Ezekiel Bala
Agaba, Ekene Nwakuche and Governor Amechee Juan with intent to defraud
and conspire together to induce the Federal Government of Nigeria to
approve and deliver to NIMASA the sum of N2,659,457,666.60 under the
false pretense that the said sum represented the cost for the
implementation of the International Ship and Port Security (ISPS) code
in Nigeria Ports thereby committed an offence contrary to and punishable
under sections 8(a) 1(3) of the Advance Fee Fraud and other Fraaud
Related Offences Act,2006.

All
the accused persons were also alleged to have conspired with these
three companies BLOCK AND STONZ LTD, KENZO LOGISTICS LIMITED, AND
AL-KENZO LOGISTICS LTD to commit the offence thereby committed an
offence contrary to section 18(a) of the money laundering Act 2012 and
punishable under section 15(3) of the same act.

They
all pleaded not guilty and were granted bail in the sum of N50 million
with one surety who must possess landed property worth N50million the
accused must deposit their international passport with the court as the
are also ban from travelling outside the country. 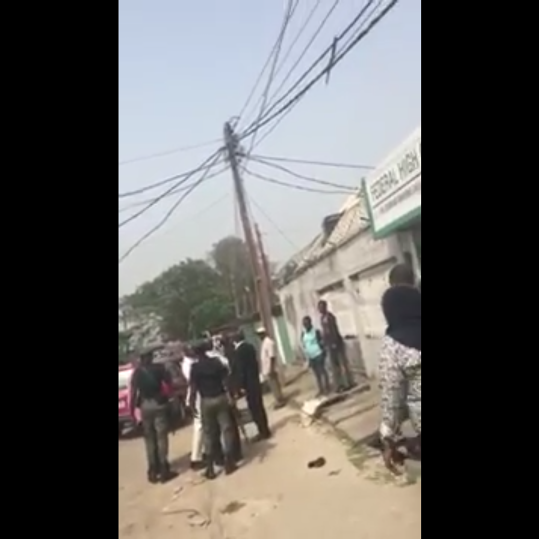 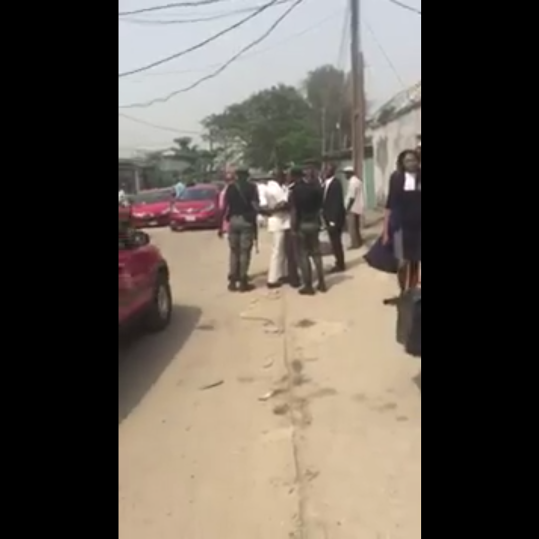 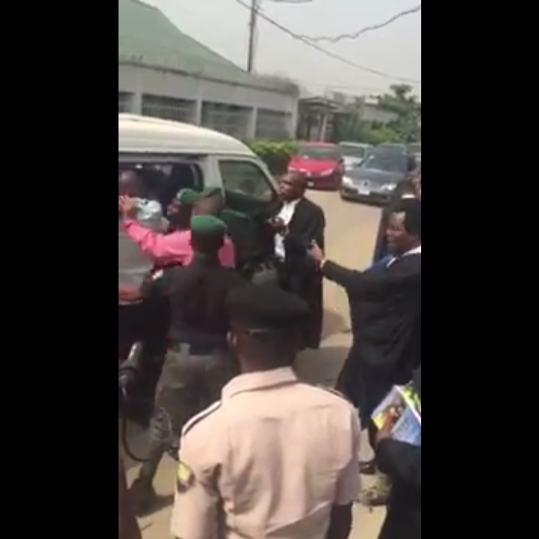 Olisa Metuh charged for ‘wrecking own confession booth proclamation’, sent back to jail