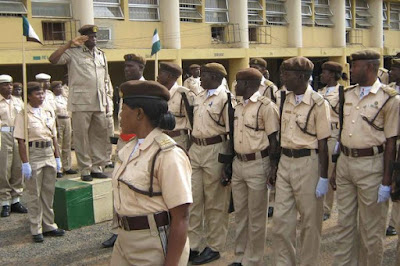 The Delta State Command of the Nigeria Immigration Service in a
statement by its Comptroller, Mr Madu Musa, said it captured and
deported 712 illegal immigrants living in the state.
The command said:


“In our effort to control the influx of irregular immigrants in Delta
State, we have embarked on this mop-up exercise across the length and
breathe of the state to remove undocumented immigrants, this is a
routine operation.

“As expected in an exercise of this nature, thousands of persons were
apprehended, but after thorough screening, Nigerians and other legally
resident foreigners were released, while 712 persons, (so far) have been
confirmed as irregular immigrants (mainly of West African extraction)
have been repatriated.”

VanguardDeclaimer: Opinion expressed in comments are those of the comment writers alone and does not reflect or represent Koko Level’s.