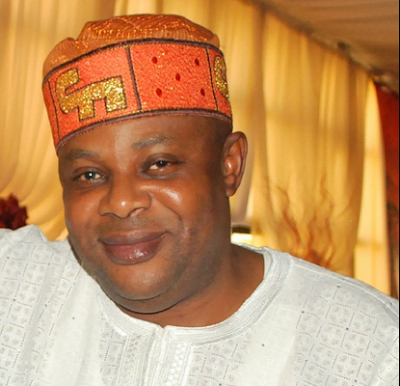 Nigeria  House of Rep member and also deputy governor candidate to late Prince Abubakar  of Kogi  State , Abiodun Faleke The All Progressives Congress (APC) deputy governorship candidate in Kogi State, Hon. Abiodun Faleke, has said he would not make himself available for swearing in with the governor-elect, Alhaji Yahaya Bello, on January 27, 2016.

Faleke was originally the running mate of late APC candidate, Prince Audu Abubakar in the November 21, 2015, elections in the state.
He was chosen as Bello’s running mate after Audu’s sudden death but refused to occupy the position insisting that he should be sworn in as governor instead.

Accordly to Falake, “I will not disappoint Prince Abubakar Audu. I, James Abiodun Faleke will not be there for the swearing in if we don’t finish the case before the January 27, 2016,” he said at a meeting of APC stakeholders from Kogi West Senatorial District on Monday, December 7.
The tenure of the present administration ends on January 27, 2016.

He also exonerated President Muhammadu Buhari from the crisis, saying the President he knows cannot be a party to injustice and outright violation of rule of law. (The Nation)

“Nobody consulted me before making me a deputy to Bello. Bello too did not consult me. I have made my position known to the party leadership on this. I am not ready to betray and disappoint Prince Abubakar Audu,” he added..