I will keep on fighting for my rights, says james Faleke 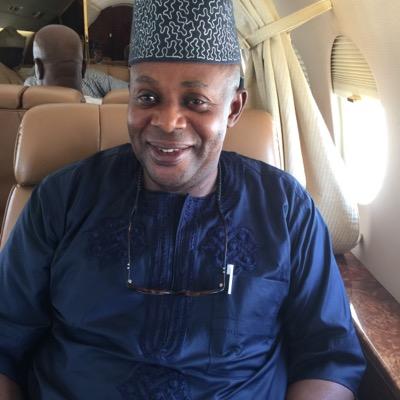 James Faleke, running-mate to the late governorship candidate of the All Progressives Congress in the November 21 election in Kogi State. Abubakar Audu, has said he is unaware of any move to broker peace by the party echelon and that he is going ahead to pursue the governorship mandate he believes belongs to him.


This is as the National Chairman of the APC, John Odigie-Oyegun, said overtures had been made to Faleke to concede the governorship to Yahaya Bello, who was picked by the party after the demise of Audu.

But according to Faleke, it will amount to a betrayal of his former boss to abandon the mandate by accepting to be a deputy to Bello who never took part in the campaigns.

In response to the question as to what his next move will be if the matter is not resolved before the swearing in ceremony on January 27, Faleke said, “I will defend my rights under the Constitution of Nigeria.”

He added, “About the peace deal you are talking about, I do not know who the party has contacted. The party has not contacted me.

“I will still go ahead to pursue the matter at the tribunal. Yes the matter is in court. I have my right under the Constitution of the Federal Republic of Nigeria to defend and I will defend it.”

The son of the late Audu, Mohammed, whom Faleke named as his choice for Deputy Governor,  he was still mourning the demise of his father hence not in the mood to respond to questions on the subject.

Mohammed said, “Why are you asking me that question? I will not answer that question. You should respect the fact that we are still in mourning please.”

However, Odigie-Oyegun said Faleke’s claim that he was yet to be approached was not true.

The APC chairman explained that efforts by the party leadership to get Faleke and other members of the Audu political family to see reason were rebuffed.

The party chairman said, “That (Faleke’s claim) is not true. Remember the day there was a meeting at the Secretariat? That was a peace effort. They were not ready to make any concessions.

“But the party will be glad to continue/re-engage as your question implies that the atmosphere for compromise may now exist that would be a most welcome development.”

A high ranking member of the party, who spoke on condition of anonymity, because he was not authorised to speak to the media, threw more light on the last meeting.

He explained that Kaduna State Governor, Nasir el-Rufai, and Senators Mohammed Ohiare, (APC, Kogi Central) and Abdurrahman Abubakar (APC, Kogi East) were at the meeting which was held at the party’s National Secretariat.

The party leader noted that el-Rufai was invited to the meeting after the party’s legal team had looked into the issues at stake and advised accordingly.

El-Rufai chaired the committee which conducted the primaries which produced the late Abubakar Audu.

He was among party leaders who tired albeit unsuccessfully, to prevail on James Faleke to accept the party’s choice of Yahaha Bello as Audu’s replacement.

“He really tried. He begged and begged Faleke to in the interest of the party; accept the position of deputy governor which was the original slot he was picked for by the late Audu. But since he has refused and has decided to go to court, we wish him luck.”

Meanwhile, traders under the aegis of the National Association of Market Women and Men of Nigeria, Kabba/Bunu Local Government also staged a peaceful protest to express support for the Audu/Faleke ticket.

At a rally held in Kabba on Saturday, the Iyalaoja of Kabba, Mrs. Felicia Aiyeromi, and the Babaloja of Kabba, Mr. Stephen Oladipupo, said they had an understanding with Faleke before the election which made them to vote APC during the poll.

Also in Lokoja, the state capital, at a meeting hosted by the leader of the APC in Kogi West senatorial district, Buba Jibril, stakeholders and leaders rejected the nomination of Bello as a replacement for Audu and pledged their support for Faleke.